Former Magistrate Mboto recently testified at the Industrial Tribunal Court in Kanifing. Ms. Mboto was granted the power of attorney by one Emmanuel Nkem Onwueg Buzia, who dragged Slok Air to the tribunal for failing to pay him salary arrears.

According to her, the defendant had issued a letter of employment to the plaintiff. She further testified that the letter and power of attorney were with the plaintiff, whom she said, is in Nigeria.

Furthermore, she said before the plaintiff traveled out of the jurisdiction, they were making arrangement to settle all the outstanding balance, which they failed to do so. She stated that the plaintiff kept calling the defendant until he discovered that his colleagues who had sued the defendant have been paid, and that she was contacted by the plaintiff to assist him.

She explained that the Administration Manager failed to give her the arrears of the plaintiff when she went to her office. Accordingly, she said the Administrative Manager told her that she was traveling to Nigeria and upon her return she would pay. But, she said she failed to fulfil her promise. 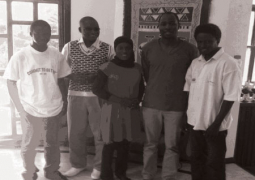