Manyima Bojang was alleged to have on 16 May 2013, at Kerr Serign and Sukuta villages respectively, in the Kombo North District of the West Coast Region, and other diverse areas in The Gambia, while having a conversation with one John Moses Jammeh, uttered seditious words and thereby committed an offence.

When the case was mentioned, a team of defence counsel led by Lawyer L.K. Mboge, which also included Neneh Cham, S.C. Jahateh and Moses Richards announced their representation for the accused person.

The prosecuting officer, Inspector Touray, then rose and told the court that he was applying for the case to be transferred to the High Court in Banjul, and was further opposing bail for the accused person.

Defence counsel LK Mboge, at that juncture, stood up and argued that there was no law which states that sedition could not be tried at the lower court, and urged the court to refuse the prosecution’s application.

Counsel Mboge then applied for the court to grant bail to the accused person, pointing out that the accused was held incommunicado for 38 days.

“The accused is a first-time offender,” counsel said, adding that his submission was in accordance with the nature of the charge, and the accused was presumed innocent until proven guilty by the court.

In response, the prosecuting police officer opposed the application made by the defence counsel, stating that the investigation was ongoing.

He added that if the accused was granted bail, she would abscond the jurisdiction, and would also interfere with the competent witnesses intended to be called by the prosecution.

Inspector Touray added that the accused is well-known, and if she is granted bail she would not appear in court.

Delivering the ruling, Magistrate Tabally stated that the charge was bailable, and more so the prosecution did not give any compelling reason to warrant the court not to release the accused person on bail.

He consequently granted the accused person bail of D300,000, with two Gambian sureties who must swear to an affidavit of means .

The case was then adjourned until 13 July 2013, for hearing. 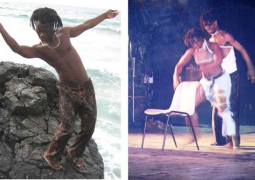