The Western Region Youth Parliament, a subsidiary of the National Youth Parliament of The Gambia had its first parliamentary sitting of the year on Sunday, the 14th of June 2009 at Sibanor.

The sitting was presided over by the speaker of the WR Youth Parliament Honorable Aminatta Hydara.

The Parliament which is composed of representatives from all the districts in the region and some co-opted members has a membership of 30 young parliamentarians.

The sitting was purposely to bring youths together to discussed ideas, raise concern and forward complaints as well as discuss on major issues affecting the livelihood of the young people in the region.

The sitting which was held in partnership with the Ding Ding Bantaba Program site a C.C.F affiliated project was preceded by series of programs during the weekend which were held in collaboration with the Junior Achievement (JA) training Participant in which capacity building training were held and an open debate on issues like illegal migration.

At the end of the sitting members were able to come up with strategies and program which they believe if implemented will not help eradicate or reduce the effect of problem like Illegal Migration, Youth Employment, Teenage Pregnancy, Global Warming and other issues that are affecting the lives of youths. 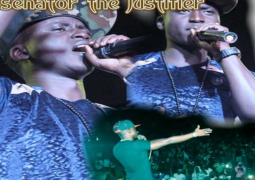