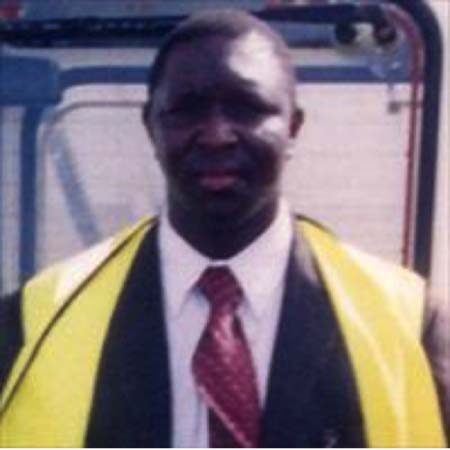 The former Director of Operations and Managing Director of the Gambia International Airlines (GIA), Bakary Nyassi, yesterday appeared at the High Court before Justice JE Ikpala.

When the case was called, DPP SH Barkhum told the court they are yet to receive the case file from the police to enable them prosecute.

“The case was transferred from the magistrate court to the high court, but maybe it is the complex nature of the case that was why the police are trying to put their house in order to ensure proper prosecution of the case,” the DPP said.

That might be the reason the case file was yet to reach his office for prosecution, he added.

Barkhum applied for an adjournment, and said within two weeks the police would be done with their investigation.

Defence counsel Kebba Sanyang said he was not objecting to the application.

The trial Judge, Justice JE Ikpala, said the case diary has not yet reached the office of the DPP to enable the state decide on the case.

He said though the accused person was not charged before him, he would release him on bail.

The case was then adjourned to 5 February 2015.

Readers would recall that the accused person was arraigned at the Banjul Magistrates’ Court on Tuesday 21 October 2014, before Magistrate Dawda Jallow on a six-count charge ranging from economic crimes, theft, abuse of office, to neglect of official duty.

According to count one, the accused, Bakary Nyassi, on October 2011 at the Gambia International Airlines (GIA) at Yundum, in the West Coast Region, received one hundred and twenty thousand dalasi from the director of Finance at GIA as allowances to escort the 127 APRC pilgrims to Mecca in the kingdom of Saudi Arabia, which was cancelled and the said allowances were not returned to GIA, causing economic loss to the government.

Count two stated that Bakary Nyassi in 2007 and within the Republic of The Gambia, while holding public office, corruptly or dishonestly abused the office for private benefit by registering or facilitating the registration of a private aviation-related company, called Gamjet and Basikom, by holding 27% and 12% shares, and thereby committed an offence.

Count three stated that in the month of October 2011 at Gambia International Airlines’ premises, at Yundum in the Republic of The Gambia, he received D123,000 as per diem allowances from the GIA Finance Department to escort 127 APRC pilgrims to Mecca in the Kingdom of Saudi Arabia, which was cancelled and he fraudulently converted same for his own use, and thereby committed an offence.

In count four Nyassi, was accused that in 2007, at Lamin village in the Kombo North District of the West Coast Region and diverse places within the Republic of The Gambia, being employed as director of operations and managing director of GIA, he established a business company called Gamjet that has similar aviation-related matters with GIA, thus competing the interest of GIA, and thereby committed an offence.

Count five stated that the accused between 2007 and 2014, at Lamin village in Kombo North of the West Coast Region and diverse places within the West Coast Region, being employed as director of operations and managing director of GIA, neglected his duty by failing to declare to his permanent secretary (authority) of his establishment’s involvement in private business, which is contrary to the code of conduct of public service, and thereby committed an offence.