Justice Wowo and Lamin A.M.S. Jobarteh were arraigned on a 13-count indictment which included abuse of office, conspiracy to defeat Justiceand interference with witnesses, offences relating to Judicial proceeding, to giving false information to a public officer, charges they denied.

Responding to questions by the state counsel, Legenju Vitalisn, Justice Wowo said:“I will not get justice from Justice Emmanuel Nkea because I have a pending query of corruption against him, while I was the acting-Chief Justice, and the same problem continued when I was appointed as Chief Justice.”

“You must answer to the query of corruption my lord,” former Chief Justice Wowo said.

The former Chief Justice said he had a problem with the sitting judge, adding that the Director of Public Prosecutions at the time had written a petition of corruption against Justice Emmanuel Nkea for receiving a bribe from somebody who was standing trial before him.

Asked whether he received the request letter from the office of Mrs. Amie Bensouda, Wowo answered in the negative.

He said all the correspondences at the time were sent to the office of the substantive Chief Justice, further stating that while acting as Chief Justice, he was still using his office at the Court of Appeal complex.

“Mrs Amie Bensouda (PW7) clearly said in her testimony that the letter was sent to the secretary of the substantive Chief Justice (Ndella) and not to my own secretary,” he told the court.

Joseph Wowo also referred the court to his testimony, where he said it took days or a week for the Judicial Secretary to bring the folder of letters to his office.

He said this particular letter was never brought to his notice, which he said was the reason why it was not approved by him, stating that it was wrong for the state prosecutor to say he had seen the letter from Mrs Bensouda.

Justice Wowo also stated that the Principal Registrar at the High Court (PW8) said in her testimony that she had summoned her and Mr. Buba Jawo, the then acting Master of High Court, to his office for the data collected.

Wowo said if he had seen the said letter he would not have summoned them.

Justice Wowo also told the court that, “at the Court of Appeal, there are there are three judges, andthat there is no way that one judge could determine a case.

Mrs Amie Bensouda had lost a case at the High Court, and all the three judges at the Court of Appeal had taken the decision on her case,” Joseph Wowo said.

Justice Wowo further stated that he was informed by a staff of the judiciary that the staff at the central registry were collecting statistical data at the High Court without any written request.

“While I was interrogating the Principal Registrar and acting Master of the High Court, Ms Anna Njie from Bensouda’s chambers walked into my office, to inform me that her office is interested in land matters only. I then told her to put the request in writing,” added Wowo.

Justice Wowo told the court that after they left his office, he called the people who were collecting the data to bring what they had compiled.

He added that when the said data was brought, he found out that they had not only collected land cases but commercial and divorce cases as well, further stating that in the Judiciary one could not know a case by looking at the face of the file.

“The report from the panel of investigators had clearly confirmed my letter that Mrs Bensouda had collected more than land matters,” Wowo stated.

At this juncture, he held the letter in his hand, and started to read aloud the content of the said report from the panel of investigators.

Quizzed about the trial of Dr. Njogu Bah and others, Wowo said he only read about the trial in newspapers, but was never called to testify, further stating that he had never entered the court while the said case was proceeding.

Justice Wowo admitted writing a statement at the National Intelligence Agency (NIA), but added that not all statements at the NIA necessitate court cases.

He denied ever saying that the handing over notes approved his appointment as acting-Chief Justice, but he made mention of the emergency meeting of the Judicial Service Commission, the minutes of which, he said, confirmed his acting capacity.

At this juncture, he was given two documents which he confirmed as his appointment letters as substantive Chief Justice, stressing that if his attitude was bad then the government would not have called him back.

The state counsel applied to tender the said documents, which was admitted and marked as exhibits without any objection from the defence.

Joseph Wowo said after the JSC emergency meeting, the Judicial Secretary (PW5) ought to have written to him, as in the case of Justice Raymond Sock.

He said as acting-Chief Justice, he was performing all the duties of the Chief Justice, adding that he was the one who approved the leave of Justice Kumba Sillah Camara and another person.

“I renewed the contract of Justice Emmanuel Nkea, the sitting judge of this case. One of the charges against me is that I was acting illegally,” he pointed out.

“The sitting judge is a product of my renewal. He should be my witness to prove my validity,” said Justice Wowo. 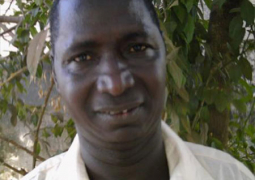 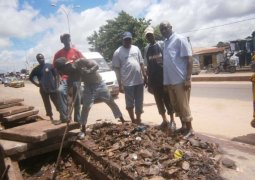