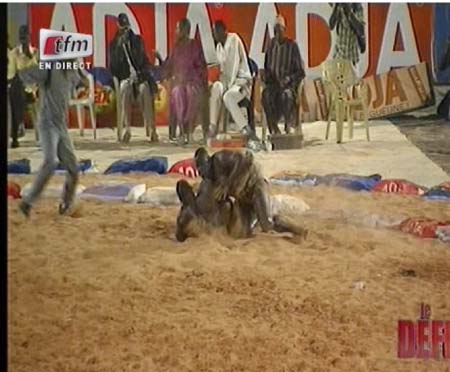 Gris Bordeaux has emerged victorious over Momadou Ndow Tyson in a grand combat held yesterday 3 May 2015 in Dakar.

During the fight, Gris knocked Tyson three times, as he was always avoiding the blows of Gris.

After the Sunday victory, he told Tfm: “For the past three months, with veteran wrestlers, I have succeeded in defeating Tyson easily.

“I thank my supporters, the elders of Dakar for their prayers. The victory gives me a big motivation, and I am ready for future fights.”