He told the court he had no aircraft training, and never instructed the 3rd accused person, Major Kuluteh Manneh, to replace him at any place.

Mam Matarr further denied that Sillaba gave him D10,000, which was given to Sillaba by one Aron David Wright for Sillaba to give him, adding that it was easy to lie against people, and that all what was said against him in court was all baseless.

The witness said there was no airforce in The Gambia, and that if any soldier was to leave the country, he applied through the defence headquarters.

Designated as defence witness two (DW2), Mam Matarr Secka added that he had never held any meeting with the 1st accused in the house of  Sillaba Samateh, and that 15,000 Euro was never given to him by the 1st accused.

He adduced that upon his arrival at the Kotu Police Station, he found the 1st accused, Ensa Badjie, NIA DG and other security officers listening to the CD cassette, and Sillaba was also present.

He said the 1st accused told him there was a case involving one Sillaba Samateh, who was going round town telling people that the President had given him drugs to sell, and that the President had also given him (Sillaba) security officers including himself (Secka), the former IGP, Ensa Badjie and the 3rd accused, Major Kuluteh Manneh, to guard him.

The witness added that during the time they were listening to the CD, the names of the 1st accused, the 3rd accused person and himself were never mentioned and the CD did not contain any drugs-related issue.

Testifying further, Lt Col Secka said Sillaba never stated that he was dealing with him, and it was not true that Sillaba gave him D5,000 to buy a tobaski ram, because he was working and could pay for that matter. 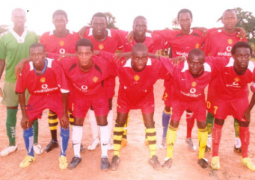 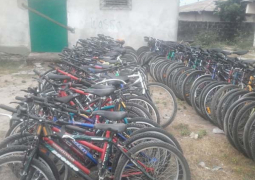