Gambia U-17 Set To Return On Friday

The Gambia U-17 team that is currently in the for a 3 week intensive training camp in the build-up to the FIFA U-17 World Cup in will return home on Friday.

After laying a performance described by the President of the Gambia Football Association as successful overseas training camp, despite two heavy defeats to America U-17, the team since leaving the country to undergo an international preparatory  efforts inorder to strengthen  and prepare themselves for the world's most   prestigious Youth Championship has struggled to replicate the form that made them the African champions at the U-17 level with two disappointing defeats  in a row, amidst speculation  that they would  not deliver  as many might expect following the exclusion of 11 key players that guided the team to their second African U-17 championship title in Algeria.

But the GFA Supremo Seedy MB Kinteh, who have occasionally distanced himself from such speculations, in this interview with this reporter, said the training camp is a success, given the fact that the boys have learnt a lot since arriving in the .

"I have been telling Gambians that we are not in the for competition but rather we are there to prepare the team much better  and  the coaches are already aware of the areas that needs to be strengthened before the championship in ," Seedy highlighted.

He said after returning home, the team is expected to pay a courtesy call on the President of the Republic of the and Chief Patron of the GFA, President Yahya Jammeh at State House before proceeding to for the big event, slated for October 24th to November 14th  2009.

Meanwhile, the latest news reaching Pointsport has it that The Gambia U-17 team has collected another 2-0 win over in the ongoing training programme, thanks to a brace form striker Ebrima Bojang. 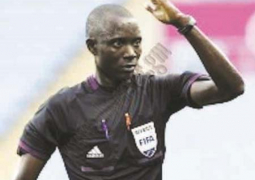 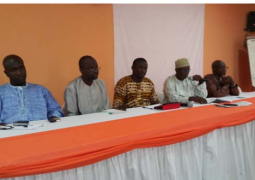