Wuday Ceesay, a Senegalese on Thursday narrated what she went through as a horrible experience before the TRRC’s regional hearings in Jambur. She described her ordeal under witch hunting activities orchestrated by former Gambia dictator, Yahya Jammeh in 2009.

Known as Nanding, Wuday Ceesay, a native of Casamance has been based at Makumbaya since 1994. She testified that prior to the witch hunters coming to their village, they had good relationship but the aftermath created hatred among residents.

According to her, as she was about to prepare lunch on that fateful day before the witch hunters stormed her home and pointed a mirror, captured and took her to a bus.

She told the Commission that she was surprised at their presence because she was there alone; adding that one of her neighbours said they should take all of them so that people will know who is who.

Mrs. Ceesay continued that they were alleged as witches and taken to Baba Jobe’s compound, adding that they were there with other abductees. She said they started giving concoction to the men.

She testified that when she entered the bath room; she was washed by two men; adding that she removed her dress but the wrapper still remained. “The water I drank was not completely white as it had some kind of red things in it. Whether you like it or not, one must drink it,” she said.

Mrs. Ceesay revealed that she left Baba Jobe’s compound at around 12 midnight and since then, she has never had peace.

“After my release, my daughter in-law was the first person to call me a witch,” she said. 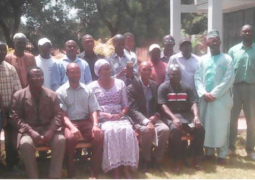 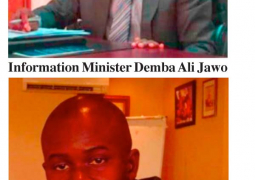