Buba Beyai, a deputy director-general and director of operations at the National Intelligence Agency (NIA), was on Tuesday arraigned before magistrate Nyimasatou Samateh at the Banjul magistrates’ court, charged with publishing false news. He denied the charge.

The charge sheet read in court stated that on 19 April 2014 in Banjul, he negligently published to one Bakary Darboe, through the telephone, that the director-general NIA has been dismissed from his position, information he knew was false at the time.

The state counsel, Abdouraham Bah, told the court that though granting bail the accused person was left to its discretion, the state was applying for Beyai to be remanded in prison custody.

The accused person before his dismissal was the director of operations at the NIA, and has the opportunity or power to interfere with the state witnesses who are NIA officers, Bah further told the court.

In response, Mr Beyai, who appeared without a lawyer, told the court that he is a family man, and a Gambian who has been working for the country for 18 years.

He appealed to the court to grant him bail.

Delivering her ruling, the trial magistrate said the alleged offence is bailable, and granted Beyai bail of D300,000 with two Gambians as sureties who must enter into recognizance.

The accused person was further ordered to surrender his travel documents and national identity card to the registrar of the court. 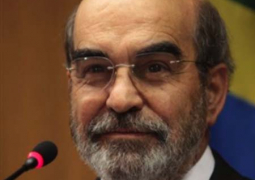