The Minister of Finance and Economic Affairs, Abdou Kolley, yesterday presided over the fifth edition of the Development Forum on the theme: “The Post 2015 Agenda.”

The Government of The Gambia together with UNDP has been organising development forums over the years.

The development forum is a platform created to stimulate intellectual debates and inform policy decisions on key national development issues.

The forum is also a means of sensitising, sharing information, disseminating best practices and building consensus on key development issues, which aims to strengthening the policy-making process.

It is a collaborative initiative between the Government of The Gambia, the UNDP, the CSO, NGOs community and development partners.

The principal objective of the fifth development forum was to update participants on the current status of the post 2015 development agenda at the global level on the newly-approved Sustainable Development Goals (SDGs), identify the priority areas at national level, recommend options for mainstreaming the SDGs into the national planning processes and identify the most viable options for financing SDGs in The Gambia, including public-private partnership and private sector financing.

Speaking at the forum held at the Laico Atlantic Hotel in Banjul, the Minister of Finance and Economic Affairs, Abdou Kolley, said the forum creates a platform for government, development partners and all stakeholders to come together to reflect and discuss topical development issues.

He said the discussions and exchanges help to further sharpen and focus on development interventions.

He acknowledged the continued collaboration and support of the UNDP in organising the forum, adding that the theme for the forum could not have been more timely, coming after the adoption of the Outcome Document on the Sustainable Development Goals (SDGs) dubbed Transforming Our World: The 2030 Agenda for Sustainable Development at the UN General Assembly in New York, in September 2015.

Minister Kolley pointed out that the agenda is ambitious and shows the commitment of all stakeholders to build upon the gains of the MDGs, and to ensure that no one was left behind.

While the SDGs have been adopted at the global level, implementation takes place at the national level, he stated.

“The Gambia is currently developing a new national development plan in collaboration with various partners to succeed the Programme for Accelerated Growth and Employment (PAGE),” the Finance Minister said at the forum.

“It is against this backdrop that stakeholders are grouped into Economic, Social, and Environment clusters and tasked to critically look at the goals and recommend options for mainstreaming in the new NDP,” he added.

He said recognising the challenges of implementing all the 17 Goals and 169 targets in National Development Plans, the country’s context, the data constraints, and the financial requirements, they must prioritise and sequence the implementation of the SDG agenda over the next 15 years.

Minister Kolley further asserted that they must move along, learn from their experiences from the implementation of the MDGs, build upon the gains registered and renew their resolve to address the challenges they encounter.

He disclosed that government would continue to invest in the provision of Technical, Vocational Education and Training (TVET) across the country, as well as further enhance the regulatory framework to make TVET more relevant and strengthening its linkage with the job market to enhance youth participation.

“Government will continue to adopt prudent fiscal and monetary policies to further enhance and deepen the enabling environment for private sector participation in the development process,” Minister Kolley added.

They would also take a cue from the recommendations of the Financing for Development (FfD) summit held in July 2015 in Addis Ababa to mobilise resources to finance the development agenda. 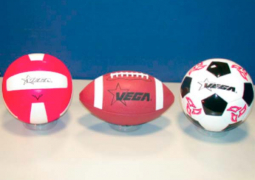