Gambian Bakary Papa Gassama is among the best referees with the highest score, a B+, in the just ended Fifa world cup in Brazil...

Others are Kuipers, Velasco Carballo, Vera,Eriksson and Ricc. Gassama made his debut as fourth official but went on to officiate as central referee in a group match between The Netherlands and Australia.

According to leading international footballd journal Marca, Fifa believe stated Gassama and the others named had put up impeccable performances.

Commenting generally on the officiating of the tournament, Fifa also said it has already taken stock of the refereeing performances at the World Cup and scored them as “very satisfactory”.

“We wanted no big scandals and, above all else, no country to be sent home due to a refereeing mistake, which they managed to achieve, with the exception of Bosnia’’.

Another priority was the correct use of yellow cards. During a short tournament, with suspensions for picking up two yellow cards, Fifa had asked referees to impose their authority without the need to constantly book players, which they also managed. There were only two bookings for dissent. The spray used to line up walls at set pieces avoided many bookings.

It has also been decided that the use of goal line technology should be limited to the World Cup, due to its cost, while the use of the spray at set pieces will be extended.

There was some surprise when they named Rizzoli to referee the final, especially after the mistake (considered to be serious) he made by not giving a free-kick on Casillas during the Spain-Netherlands game. However, in general terms, football’s world governing body expressed its satisfaction with the tournament’s referees, among them Spain’s Velasco, whose excellent physical fitness was praised. In fact the Madrid-born referee successfully passed ten fitness tests this season. 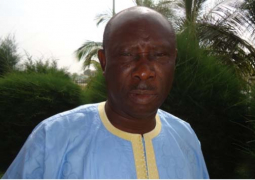