Jacqueline Shipanga, Fifa course instructor from , has said the female coaches who attended the just concluded coaching course in The Gambia "have done FIFA, and most importantly themselves proud".

Ms Shipanga also welcomed her fellow coaches, friends, sisters and colleagues to the football world, saying the five-day course was one of the toughest ever.

"The participants learned (a lot of things), and how they displayed what they have learned during the practical examination, which all of them passed with distinction, is worthy to be emulated by many other female coaches around Africa," Shipanga, who is more than convinced that soon she will not be the only Fifa African female instructor, stated.

The intermediate coaching course for female coaches organised by Fifa, in collaboration with the Gambia Football Association from the 25 to 30th October 2010, ended at the National Technical Training Centre in Yundum.

The Fifa course instructor, who hailed from , also called on the participants to take their rightful place in society as young leaders in the world today, to maintain the momentum they have begun and to increase their efforts to make this world a better place through football.

"The responsibility to empower yourselves and educate yourselves starts with your own actions and being a coach, in what is considered by many a role for men, holds many responsibilities," she said.

She also said that as female coaches in the women's game, they have a great opportunity to help in raising the standards of women's football globally as well as acting as role models for future generations of female coaches.

Ms Shipanga also thanked GFA and Fifa for placing at their disposal all the tools and means that are necessary for the development of the game.

She also acknowledged the energetic and dynamic youthful GFA staff for their "great experience", while commending the participants for their commitment and performance.

Seedy M.B. Kinteh, president of the Gambia Football Association (GFA), in his remarks on the occasion, said he was a proud man to officiate the graduation of female coaches "which is indeed a unique achievement", adding that it shows that "our game, especially women's football, is on the right path".

Kinteh also thanked Madam Shipanga for facilitating the training, saying the GFA would continue to support Joseph Sepp Blatter and partner with Fifa to advance the cause of women's football in The Gambia.

"It is only when our local coaches acquired skills and knowledge that they would be better prepared to take the game to higher heights," he said, adding that the training was a step in the right direction.

He added that the future of women’s football is in his hands and that it is time for them to forget the past and come together for the betterment of the game.

Under his leadership, he said, the GFA will continue to run similar training courses for coaches in schools. 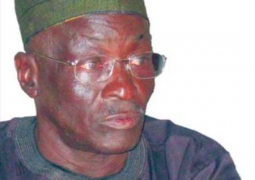