The Point was reliable informed that a vehicle travelling from Brikama to Serekunda was reportedly involved in an accident at Busumbala village in the West Coast Region.

When contacted, the public relations officer of the Gambia Police Force, Assistant Superintendent Mballow, confirmed the accident, and said it happened on Wednesday 7 September 2011 around 7 pm.

He said the police are investigating the matter to ascertain the cause of the accident.

Mballow noted that the matter is under the police investigation, and as a result he did not want to comment until when the investigation was completed.

Asked whether there were casualties, the police PRO repeated that he was only confirming that the accident had occurred, but would not comment on the number of causalities involved, as the matter was still under police investigation.

He promised to get back to us, when the investigation is completed. 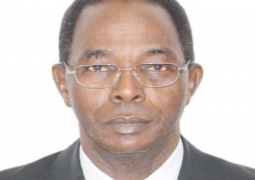