Ecobank Gambia Limited, The Pan-African bank last Wednesday presented prizes to three of its customers who emerged winners of the bank’s deposit mobilization campaign for 2013 at a ceremony held at the bank’s headquarters along Kairaba Avenue.

In his welcome remarks, Mr. Ahagie Bai Ceesay, Ecobank Manager of Kanifing branch, said the purpose of presenting the gifts to their customers is a way of motivating and encouraging them to continue banking with Eco-bank.

While commending their customers for their loyalty to the bank for the past seven years, Ceesay noted that Ecobank is operating in thirty-five countries in Africa. He stated that the campaign is being run in all the countries where Eco-bank is operating.

Ecobank, he said, will continue to support its customers because as he puts it, without the support of its customers, the bank cannot make any impact.

For his part, Mr Malick Jallow, deputizing Mrs Fatou Jallow, head of domestic banking described the participation of their customers as key towards the development of the bank.

According to him, the gifts is a sign of appreciation to their customers for the trust and loyalty with the bank, while calling on all customers of the bank to continue depositing with the bank as this will help in the economic development and advancement of the country and the African continent in particular.

According to him, Ecobank is certainly one of the banks that one can trust with his or her money.

‘‘It is advisable in any sense that we should not keep our monies in our houses like that of our ancestors who keep monies under their bed. It is very important that we keep our monies in a save place, like Ecobank, the Pan-African Bank, which is here to boost African development,’’ Sanyang stated.

Ecobank, he went on, is the only Pan-African bank on the continent and it is the only bank owned by Africa but not related to any African country.

He then used the opportunity to call on all to deposit their monies with Ecobank as the bank is the most outstanding bank on the continent.

Speaking earlier, Michel Mendy-Jobe, a winner commended Ecobank for the gift, noting that it was a surprise to her when she received a phone call that she has won a gift from Ecobank.

This, she said, was never expected in her life. She used the occasion to call on all Ecobank customers to continue depositing with the bank for their own benefit and that of the African continent.

Paul Mendy, also a winner lauded Ecobank for the gesture and commended its staff for their professionalism and commitment.

He called on all Gambians and non-Gambians alike to bank with Ecobank, The Pan-African bank. 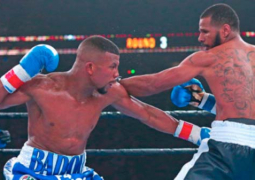 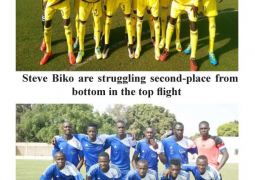 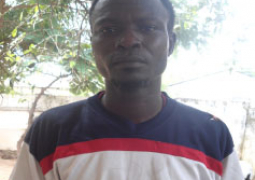