Gibril Badjie, former deputy at the Sheriff’s Division of the high court in , was recently arraigned alongside Momodou Mamar Ceesay, Alimu Bah and Ebrahim Kassir at the Kaniifing Magistrates’ Court before Magistrate Dawda Jallow.

They were charged with conspiracy, theft and fraudulently disposing of trust properties, which they have denied.

According to the particulars of offence on count one, Momodou Mamar Ceesay, Gibril Badjie, Alimu Bah and Ebrahim Kassir between 1995 and 2003, within the , jointly conspired to commit a felony to wit stealing.

Count two stated that, in the same period within the , Momodou Mamar Ceesay, Alimu Bah and Gibril Badjie, jointly stole D557,584,  being the proceeds from the sale of land situated at Kololi, the property of one Mustapha Ceesay.

The charge sheet on count three read that, Momodou Mamar Ceesay, between 1995 and 2003, within the , stole D275,000  being the proceeds from the sale of land situated at New Jeshwang, the property of the said Mustapha Ceesay.

The particulars of offence on count four indicated that Momodou Mamar Ceesay, between 1995 and 2003, within the , whilst in the position of trust, disposed of and converted the landed properties situated at Kololi and Jeshwang respectively, without any instruction from the landlord, Mustapha Ceesay.

Furthermore, count five stated that Gibril Badjie in 2002, at the Sheriff’s Division of the high court in Banjul, while employed as deputy Sheriff of the high court, ordered the auction and the documentation of a landed property situated at Kololi, being the property of the said Mustapha Ceesay, without his consent.

Meanwhile, the accused persons should each provide two Gambian sureties who could give evidence of means to provide D100,000 and an ID card, as the bail condition.

The case was at that juncture adjourned till 13 September 2011. 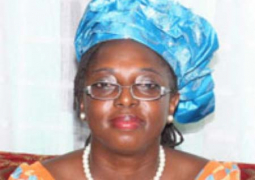