Fakebba Drammeh, alias Tiger Woods is yet the winner of another weekly Professional Golf Competition, organised and sponsored by the Gambia Golf Association (GGA), at the Fajara Golf Course on Tuesday 30th March 2010.

Fakebba Drammeh emerged the winner of the competition after defeating Gibou Jallow in a sudden dead, when they both finished a total of twelve holes with a medal score of one over par 46.

Speaking to Pa Famara J. J. Jatta shortly after the competition, he said that the Gambia Golf Association (GGA) professional Golfers are set for the Africell Ester Estravaganza, which is expected to take place from 2nd April to 5th April 2010, at the Fajara Golf Course.

J. J. Jatta as he is widely known urged the general public to come and witness the competition, adding that they will prove to the whole world during the competition that they can fly the Gambian flag to the higher heights.

He also thanked the Gambia Golf Association (GGA) for sponsoring this week's golf competition and finally appealed to the public to come and sponsor their weekly competitions. As he put it, it is their earning. 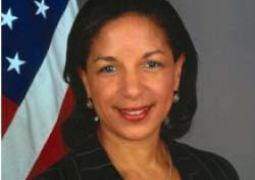