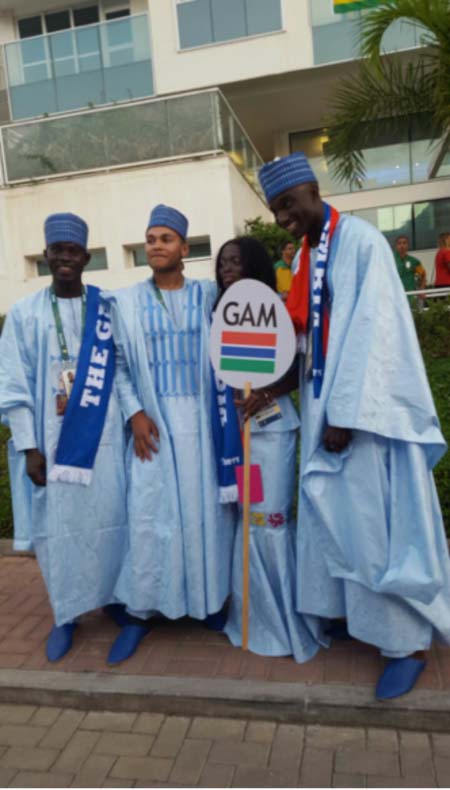 (Issue, Monday, August 22, 2016)
The Gambia National Olympic Committee (GNOC) and the Ministry of Youth and Sports have applauded the performance of Gambian athletes at the Rio 2016 Olympic Games in Brazil.

Addressing the Gambia delegation at their residence at the Olympic Village after the competition, the President of GNOC, Alhagie Momodou Dibba, said the performance of Gambian Olympians in athletics, swimming and judo needs to be applauded.

Judoka Faye Njie and Swimmer Pap D. Jonga have made impact as debutants in the Olympic Games.

He said it took great efforts from the Ministry of Youth and Sports, Gambia National Olympic Committee, the Athletics Association, the coaches and the athletes to achieve such results in Rio.

“You have given GNOC the courage to do more for next Olympics as scholarship provided to athletes from Olympic Solidarity through GNOC have paid dividend,” he reassured the athletes.

He said sports associations, athletes and GNOC should complement each other efforts for better and progressive results at World stage.

He asserted that all the four athletes, namely Adama Jammeh and Gina Bass (Athletics), Faye Njie (Judo) and Pap D. Jonga (Swimming) have made the country proud among big nations despite the meager resources.

Ousman Wadda, the GNOC Treasurer, hailed the athletes and urged them to remain focused and as an Olympic committee they would do anything possible in their powers to support sport in The Gambia.

He said when it comes to scholarship for athletes and coaches they are making a lot of consultations to ensure more scholarships are provided for Gambians.

He hailed the athletes for their commitment and sacrifice for the nation despite the limited resources.

Dodou Capi Joof, president of Gambia Athletics Association (GAA), used the opportunity to thank GNOC for their support to the athletes by providing scholarship for them and footing the bill of the athletes and officials to the Games in Rio.

“We can have more qualified athletes to the games if this opportunity is expanded to other areas,” he concluded.

Addressing the athletes before leaving Rio back to The Gambia, the Executive Director of the National Sports Council (NSC), Marcel Mendy, said the performance of the athletes was “quite impressive”.

He urged the athletes to remain focused as getting to the top is one thing but remaining there is another thing.

He hailed the athletes for their comportment as an exemplary performance, saying: “We at NSC, we analyze all aspects of our sportsmen and women including behavior, and we are very proud of your behaviour and attitude, which is a source of encouragement and motivation for us to support you in your career.”

The NSC boss thanked GNOC leadership for the financial support to the athletes towards the Rio 2016 games.

Meanwhile, as the 2016 Olympic Games wind up, the Gambia delegation has been heading home.

Judoka Faye Njie and his coach Robert left Rio on Wednesday 17 August and have arrived safely at their base in Finland.

The delegation to Banjul will leave Rio on Wednesday August 24 and are expected in Banjul on Friday. 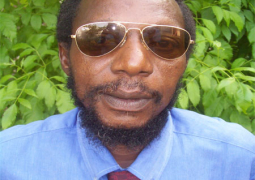