Opinion of the younger generation

The call came in when they had already watched over the news that ‘America is rejoicing as Obama kills Osama’ and some were belching whilst others were picking their teeth with the tooth-pick after eating a plate full of coos-coos with chicken Kebbas’s wife prepared. He was their host today. And Sulayman couldn’t agree more with Modou’s suggestion that Jankey was the best cook.

“Just seeing her with a basket full of provisions makes my mouth water,” said Sulayman as he ran his tongue over his teeth.

“I couldn’t agree more, man,” put in Pa Boy. He reached for the jug full of Jankey’s home-made ginger and refilled his almost empty glass and added, “I can’t wait to have a wife like that one day.”

Jankey only beamed with joy as the corners of her mouth turned into a satisfied smile. She moved in to clear the table and put more incense in the pot of coal to give the house a pure and beautiful scent.

That was when they remembered about Osama bin Laden and became ready for more raunchy talks over the subject.

Then the phone rang.

Kebba grabbed it and gruffly said “hello,” wishing that it wouldn’t be his mother.

“Boy, Kebs, manla Oms,” said a voice at the other end of the line.

“Hey Oms, nakam, boy why is it that you never called?”

Before the voice could reply, Kebba turned to inform the rest that it was Omar, their long-lost friend who went to the United States and never called.

With that they all started talking at the same time. Some sending their regards, others asking about the excitement level over Osama’s death in the U.S.

“Does that mean that the world is now a safer place?” Yusupha wondered out aloud, the others gave a shrug and started blaming Osama for giving Islam a wrong name and impression to the world.

“Suddenly electricity went off and the men swore at NAWEC and Kebba hissed between muttered teeth and reached for the candle and matches to light the room.

“Is this still going on?”

“Sure, man, nothing ever changed.”

Then the conversation took a different turn.

Omar spoke to some of the boys as they teased each other and talked about Osama and Obama, who got a Visa, the duration of the Visa and to which country. Then they grew tired and their eyelids became heavy as sleep started stealing on them.

Minutes later, Omar hung up and the rest started saying their good-byes while yawning. Some mistakenly wearing the wrong shoes at the door. Kebba stretched and saw them to the gate. He locked all doors and went to the house seeking for the comforts of his bed and wife. 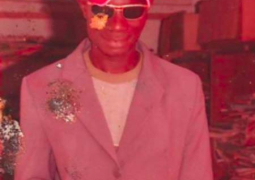 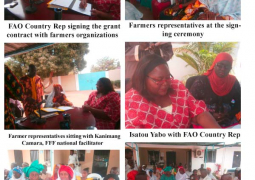