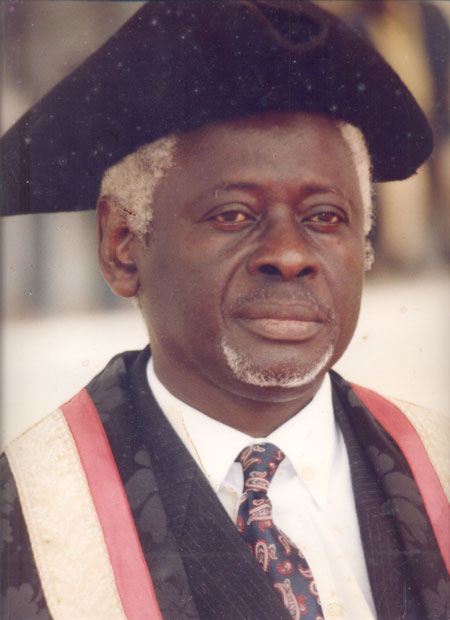 As it is always said, death can strike anyhow, anywhere and anytime. In this sense, we live in the danger of death every working moment- that is, the fact that we are alive, means that we shall die someday. It is for this reason that philosophers over the ages have urged us to live each day as though it were our last day on earth. Following his demise, on Tuesday 3rd march 2009, Alh Momodou Babucarr Njie, alias Njie BP, was yesterday given a fitting state burial at the National Assembly building in Banjul.  To be sure, knowing the late Njie BP during his life- time and seeing the crowd that descended at his Kairaba Avenue residence yesterday, death has come too soon for this great elderly states man, many would have loved him to live for some more time.

Emotions were high as the body of the late Mr Njie, under security escort, was brought to the National Assembly Chambers in Banjul. Whilst State owned radio, GRTS gave live coverage of the burial, thousands of people lined up at both his family house and the OldJeshwangCemetery to pay their last respects. Vehicles could also be seen lining the route to his house whilst traffic officers were deployed to control the traffic.

Speaking at the National Assembly on behalf of the Speaker, Majority leader and Member for Serrekunda East, Hon. Fabakary Tombong Jatta, said the late Mr. Njie has been a great servant of the country, who has immensely contributed his quota towards the development of this country, noting that the late speaker has dedicated his entire life in serving humanity through philanthropic gestures.

He added that the National Assembly will greatly miss him and prayed for the departed soul to rest in perfect peace.

Hon Sulayman Joof, member for Serrekunda West, said The Gambia has lost an illustrious son who many have emulated as a role model.

For his part Hon Sedia Jatta, member for Wuli West, described the demise of the late speaker as a moment of sadness having spent his entire life in the development of the country.

Our own Pap Saine also reminded us that the late Mr. Njie was, at one time, speaker of the defunct Senegambia Confederation. In attendance at the funeral were Secretaries of State, Members of the diplomatic corps, Former Vice president, Assan Musa Camara and service chiefs among others.

The management and staff of The Point newspaper wishes to extend its heartfelt condolences to the Njie Family. May the departed soul rest in eternal peace.

New Report: cities in polluting countries most at risk from climate-induced coastal flooding