The former National Assembly Member for Kombo Central, Abdou Jarju, and five others were yesterday arraigned before Magistrate Baboucarr Secka of the Brikama Magistrates’ Court, charged with conspiracy to commit a felony, prohibition of conduct conducive to a breach of the peace and incitement of violence.

The particulars of offence on count one stated that Lamin Jarju and 5 others,  on 25 June 2013, at Busura village, in the Kombo Central district of the West Coast Region, jointly conspired among themselves to commit an offence.

The police further accused Lamin Jarju and 5 others, that on the same day and at the same place, while being in a public place, jointly conducted themselves in a manner likely to cause a breach of the peace, and thereby committed an offence.

The police prosecutor also accused Lamin Kullo Jatta, that on 25 June 2013 at Busura village in the Kombo Central district of the West Coast Region, of inciting others to take part at the meeting grounds in Busura village, which was calculated to bring physical injury to the community and thereby committed an offence.

They all denied the allegations, when read to them.

The police prosecutor, Sergeant 758 Sarr, then applied for an adjournment and also objected to bail on the grounds that the accused persons might interfere with the prosecution witnesses, and they might also abscond the jurisdiction.

However, the presiding magistrate granted them bail of D300,000 each with two Gambian as sureties, who must swear to an affidavit of means and deposit their national ID card. 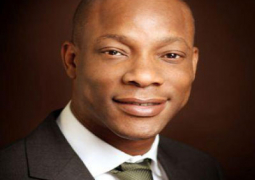