Gambians and the rest of the world were taken by surprise last Thursday evening when the Office of the President announced that the country was severing ties with the Republic of China on Taiwan (ROC).

Indeed, people have been left wondering why the sudden rupture, and asking what exactly has gone wrong.

The release also said: ‘‘This decision has been taken in our strategic national interest. We are proud that we have been a very strong and reliable partner of the ROC for the past 18 years, the results of which are there for every Taiwanese to see.’’

‘‘Despite the end of diplomatic ties with Taiwan, we will still remain friends with the people of Taiwan,’’ the release added.

The million dollar question that many people are asking is: “What really went wrong with what appeared to be a close and very cordial relationship between the governments of the two states?’’

Indeed, relations between The Gambia and Taiwan have developed since 1995, a year after President Yahya Jammeh took over the mantle of leadership of this country.

Also just in April last year, the Taiwanese President Ma Ying-Jeou visited The Gambia. In fact during this particular visit, a Joint Communique was issued and read on behalf of the two leaders by the Foreign Affairs ministers of the two countries at State House, cementing their ties and bilateral cooperation.

According to the communiqué, President Jammeh commended President Ma for his remarkable achievements in pursuing a policy of viable diplomacy, which has greatly reduced tensions across the Taiwan Strait, and brought peace and prosperity that the whole world could enjoy.

President Jammeh also expressed his appreciation for the assistance extended by Taiwan to The Gambia in agriculture, health, education, human resources, infrastructure and other areas of national development.

Well, one year on, things seem to have fallen apart! Why?

While the Gambia Government said its decision was taken in our “strategic national interest”, the Gambian people would definitely need more explanation for this action.

Especially, when the air is thick with news and comments, in both the local and international media, of what might have led to this action by our government.

We, therefore, urge the government through the Ministry of Foreign Affairs to convene a press conference to tell the people what exactly went amiss, that has forced The Gambia to sever ties with Taiwan.

Without such information, people will continue to speculate and make their own conclusions.

‘Players have a great deal of flexibility when conducting diplomatic relations with their allies.’’ 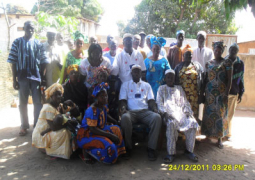