Ex-AMRC officials have case to answer

Justice Emmanuel Nkea of the Special Criminal court yesterday told the two former senior officials of the Asset Management and Recovery Corporation (AMRC) that they had a case to answer.

They were arraigned under a five-count charge which included economic crime and abuse of office, which both men denied.

The judge in his ruling went through the submission of both sides and came to the conclusion that the prosecution had established a prima facie case against the accused persons.

He said the accused persons had a case to answer and they should open their defence.

The case was then adjourned till 9 December 2013, for defence. 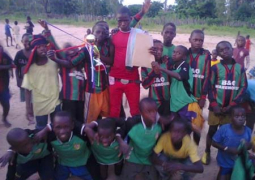