Unless Europe acts to reform its policy on migration, 2015 could be the deadliest year yet for the thousands of people who fled to Libya from conflict-torn regions across the Middle East and Africa, only to find Libya equally dangerous.

Obviously Europe is the safer place to be. But migrants cannot request legal asylum in Europe unless they actually set foot on European soil. This makes them easy prey for well-organized smugglers who offer passage across the Mediterranean - for a price, and on unseaworthy boats.

Italy’s Mare Nostrum marine rescue programme, created after more than 350 people drowned off Lampedusa in October 2013, rescued 130,000 people last year. But the programme was too costly for Italy to continue, and was replaced in January by the much smaller European Triton border patrol programme. Triton’s budget is only one-third what Mare Nostrum’s was, and operates only within 30 nautical miles of Europe’s shores. Fortunately, the Italian coast guard and navy have stepped in and continue to patrol waters near Libya, but they cannot handle the current influx without more help.

Europe’s border security agency, Frontex, says that between 500,000 and one million migrants are massed in Libya waiting to set forth for Europe, compared to the 170,000 who arrived in Europe by sea last year. But those figures have been challenged, and in any case the argument that Europe simply can’t afford to take in any more migrants from the Middle East and Africa is also suspect: Turkey has taken in 1.7 million Syrians; Lebanon another 1.2 million.

The European Commission is expected to unveil a new policy aimed at sharing the burden among member states, finding more legal avenues for people to come to Europe and setting up immigration screening centers in Africa and the Middle East.

The key is to get all 28 member states to support and finance these reforms. With no coherent policy and woefully insufficient funding, lives are needlessly being put at risk, and the European Union’s humanitarian values are exposed as meaningless. 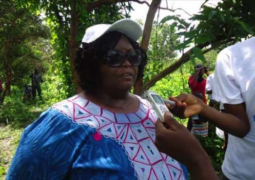