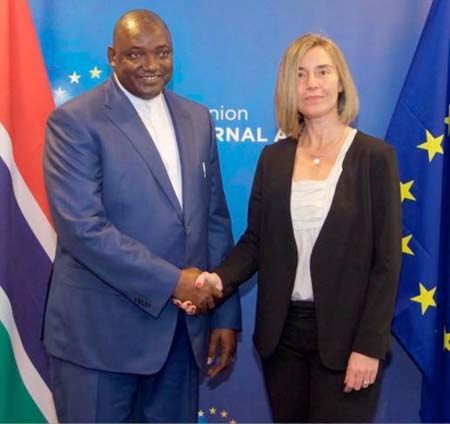 The High Representative/Vice-President Federica Mogherini and the Commissioner for International Cooperation and Development, Neven Mimica, Thursday 16 March 2017 met in Brussels with the President of the Republic of The Gambia, Adama Barrow.

The meeting was an opportunity to welcome President Barrow to the EU institutions, following his election in December 2016 which saw a peaceful change of leadership in January, with exemplary support by the region.

HR/VP Mogherini highlighted that the change in leadership opens a new chapter in EU-Gambia relations, and that the EU fully supports President Barrow’s reform agenda to establish strong democratic institutions in respect of human rights and the rule of law.

The new governments revocation of last year’s withdrawal of The Gambia from the ICC demonstrates its commitment to international justice.

As part of the EU’s support to the democratic transition, an EU Election Observation Mission has been deployed to the country, earlier this week, to observe parliamentary elections on 6 April. Together with partners, the EU is ready to look into support to security sector reform and to the ECOMIG mission.

Both sides agreed that creating employment and domestic perspectives for youth was a priority. They exchanged views on common challenges such as irregular migration and agreed to deepen the cooperation in this area.

Commissioner Mimica thanked President Barrow for the warm reception during his mission to Banjul in February this year.

A first package of €75 million, which was signed in Banjul, is already under way, and a new package of €150 million is taking shape.

It is envisaged to include budget support in the form of a “State Building Contract”, which will also support key democratic reforms. 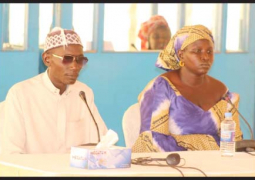