We have noted with deep appreciation the support being rendered to the country by the EU through its drainage, sanitation and waste management project.

The 1.9 million euro project, which is currently being implemented in the country, would not only help improve the living condition of urban areas prone to flooding, but would also improve the capacity of the National Disaster Management Agency, NDMA.

Maintaining a clean drainage system would, no doubt, reduce the risk of flooding in the country, and we are therefore calling for rehabilitation of bad drainage systems and their proper management.

In fact, we were told that the project would also train and sensitize local communities to sustain the improvement in the living conditions in the urban areas vulnerable to flooding.

With these and many other types of support, the EU has once more manifested their concern for the well-being of the Gambian people.

It is now left to the concerned authorities to take good care of the funds, by making sure that the implementation of funded projects are successful.

It is our firm belief that such a project coupled with others when fully executed would help communities to better respond to the disasters in an effective and efficient manner.

We believe that when properly managed, the initiative would significantly improve disaster preparedness and rapid response in the country.

Once more, we feel the EU should be commended for supporting a worthy cause, and encourage other development partners to also come onboard to support our national efforts in mitigating disasters. 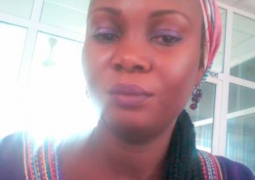