Kawsu Jammeh, an environmental activist who also doubles as the Project Manager for Programme of Work on Protected Areas (PoWPA), said youth participation in environmental protection, promotion and conservation is paramount and that they (youth) should take the lead as future elders.

Mr. Jammeh was speaking in an interview with this reporter at his office in Abuko over the weekend.

For Mr. Jammeh, youths form the greatest proportion in the country and are the productive sector of society for any meaningful development.

"The conservation of the country's biodiversity is not only the responsibilities of Parks and Wildlife Departments and its line department, but instead it is the responsibility of all and sundry, particularly, the youth sector who are the able body, to ensure that the environment is conserved for the benefit of all," he said.

According to him, the government of The Gambia has created the enabling environment by signing international protocols and conventions that are in line with international standards and best practices. This, he said, calls for local communities' involvement in the management and conservation of our natural resources.

When contacted for his thought on the issue, Mr. Alieu Badara Njie-Bajo, the Executive Director of Gunjur Environmental Protection and Development Group (GEPADG) also called on youths to serve as watchdogs, and to jealously guard and protect their environments from any form of destruction.

According to Mr. Bajo, it is disappointing to see the youths involved in the deforestation of the environment.

The erudite environmentalist cited Gunjur as an example where the youths are involved in illegal hunting and cutting of trees.

"I want to appeal and make this very clear that the Bolong Fenyo Protected Site at the Gunjur beach is a no-go area with regards to hunting, fetching of fire woods, or roofing or any other related issue. We have to preserve our forest and our beautiful environment for the good of our future generations," he stated.

Meanwhile, in The Gambia efforts have been mounted by the government through its line ministries, individual communities, including youths to preserve the environment in the form of a tree-planting exercise. 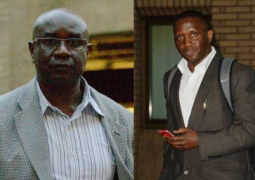