Hello readers and welcome to another edition of the Environment, your weekly column that brings environmental issues to the lime light.

In our today’s edition, we try to recognize the efforts of Wildlife Conservation Trust in protecting the environment.

In that regards, we bring you an interview we had with Modou Faux, executive director of Wildlife Conservation Trust (WCT).

In our today’s edition we try to look at the importance of Moths and Butterfly to the environment and its benefits to our livelihood and agriculture.

According to him, one of the biggest problems with man-made climate change is that, it is happening so quickly that our wildlife may not be able to evolve and adapt fast enough. Moths and other wildlife are being affected by climate change and have always evolved to adapt to changing conditions, and will continue to do so.

Adding that, there are many species of moth all over the world that sometimes fill different ecological niches and three of the most important are herbivore, pollinator, and food for predators. Some are considered pests because their larva (caterpillars) eats desired crops, or even clothing! But this is part of their role in any ecosystem: controlling the plant population and forcing plants to adapt to their feeding.

To him, some caterpillars are even carnivorous, so they similarly affect small animal species. Humans even use moth larva sometimes as a biological control, introducing them to an area with an invasive plant species so that they will eat it. Of course, biological control isn’t always the best idea, because it involves introducing another invasive species, but it sometimes works.

“Some plants actually owe their existence to moths, since moths pollinate a lot of plant species, often ones that open at night and they visit flowers for nectar, since consuming it can extend their short adult life, and pick up pollen from the male organs of the flower that is then deposed on the female organs of the next flower they find”, he added.

In this way, both the moth and the plant keep each other alive. Other night pollinators include certain types of bats, and a recently discovered species of cricket.

He said: Bats, ironically, are also one of the main predators of moths, certain birds, frogs, and other animals use moths as a big part of their diet, so a loss of moths would cause a reduction in those groups as well.

Noting that, so far there have already been some winners and some losers as a result of climate change, between 1968 and 2002 numbers of the Garden Tiger fell by an alarming 89%. This seems to be because the caterpillars are adapted to survive long frosty winters, so they don’t do well in the mild wet winters and warmer springs of recent years. Sadly, this species is predicted to decline even further.

Mr. Faux further stated that, many other species are also spreading north, probably seeking cooler areas as southern areas become warmer through climate change. For example the Lime Hawk-moth is advancing through northern England and the Cinnabar is spreading further into Scotland. Moths which already live in cool areas in northern Britain or on mountains may face problems, as they will have nowhere further north or higher up to find the cooler conditions they need.

Saying that, like many other species, moths are also likely to face problems as the changing climate alters the timing of spring and the growth of their food plants. Moth life-cycles have evolved to be synchronized with their food-plants, but climate change is affecting the emergence of leaves on trees and other plants. This in turn can have disastrous impacts on the breeding birds which rely on a supply of caterpillars to feed their young.

Outline some of the recent activity his organization undertook in partnership with DPWM Mr. Faux revealed that, the two organization are the first African organizations to undertake in an International Moth Week.

The event was later joined by two other African countries, Kenya and South Africa making it a total of 28 countries around the world who took part in the International week of moths.

He said: the event was held at the offices of the Department of Parks and Wildlife Management adjacent to Abuko National Nature Reserve a home of wildlife which has good habitat and was night exercise.

It was a very eventful night, the traps rely upon bright lights to attract the night flying species to come and visit the traps where they can be studied and hopefully identified.  Three traps were lit at 7.00pm and operated until 7.00am the next morning.  The first problem was electrical when one of the bulbs kept shorting out and had to be changed.  During the early part of the evening a huge moth about the 20cm across the wings flew past but did not stop.

However, the other two traps worked well and by the end of the night 143 different species of moth had been recorded.  At least 20 of these species have never been recorded in The Gambia before including the giant moth Pseudimbrasia deyrollei, of which two more were later caught and identified.  About 40 of the species caught have yet to be identified properly because information is still lacking but some will be identified further as work continues on this group during the next few years.

Importance of moths and Butterfly

Although many people overlook them, moths are numerous and widespread, with over 2,500 species in Britain living in a wide range of habitats. They are a major part of our biodiversity and play vital roles in the ecosystem, affecting many other types of wildlife.

Both adult moths and their caterpillars are food for a wide variety of wildlife, including other insects, spiders, frogs, toads, lizards, shrews, hedgehogs, bats and birds. Night-flying adult moths form a major part of the diet of bats.

Many birds eat both adult moths and their caterpillars, but the caterpillars are especially important for feeding the young. Some of Britain’s favorite garden birds rely on caterpillars to rear their nestlings, with our blue tit chicks alone needing an estimated 35 billion a year!

Moth caterpillars have a great impact on plants by eating their leaves. This had led to many types of plant evolving special chemicals to make them less appealing to caterpillars and limit the damage. But moths also benefit plants by pollinating flowers while feeding on their nectar, and so help in seed production. This not only benefits wild plants but also many of our food crops, which depend on moths as well as other insects to ensure a good harvest.

Moths also play a vital role in telling us about the health of our environment, like the canary in the coalmine. Since they are so widespread and found in so many different habitats, and are so sensitive to changes, moths are particularly useful as indicator species. Monitoring their numbers and ranges can give us vital clues to changes in our own environment, such as the effects of new farming practices, pesticides, air pollution and climate change. Some of the importance of moths and Butterfly are listed below.

Butterflies and moths are indicators of a healthy environment and healthy ecosystems, they indicate a wide range of other invertebrates, which comprise over two-thirds of all species, areas rich in butterflies and moths are rich in other invertebrates. These collectively provide a wide range of environmental benefits, including pollination and natural pest control.

Moths and butterflies are an important element of the food chain and are prey for birds, bats and other insectivorous animals (for example, in Britain and Ireland, Blue Tits eat an estimated 50 billion moth caterpillars each year).

Butterflies and moths support a range of other predators and parasites, many of which are specific to individual species, or groups of species and are been widely used by ecologists as model organisms to study the impact of habitat loss and fragmentation, and climate change.

Butterflies and moths have fascinating life-cycles that are used in many countries to teach children about the natural world. The transformation from egg to caterpillar to chrysalis is one of the wonders of nature and other educational aspects include the intricate wing patterns and iridescence, and as examples of insect migration.

Thousands of people travel abroad each year looking for butterflies and moths. Eco-tours bring income to many European countries and developing countries around the world (e.g. the valley of the butterflies in Rhodes and the Monarch roost in Mexico).

Every butterfly and moth has developed its own suite of chemicals to deter predators and parasites, find a mate, and overcome the chemical defenses of its host plant. Each of these chemicals has a potential value and could be exploited economically. For example, powerful antibiotics have been found in the Meadow Brown, one of our commonest and most widespread species.

Butterflies (and moths to a lesser extent) are an extremely important group of ‘model’ organisms used, for centuries, to investigate many areas of biological research, including such diverse fields as navigation, pest control, embryology, mimicry, evolution, genetics, population dynamics and biodiversity conservation.

The long history and popularity of butterfly study have provided a unique data resource on an insect group unmatched in geographical scale and timescale anywhere in the world. This has proved extremely important for scientific research on climate change. 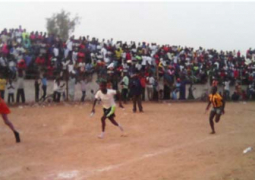