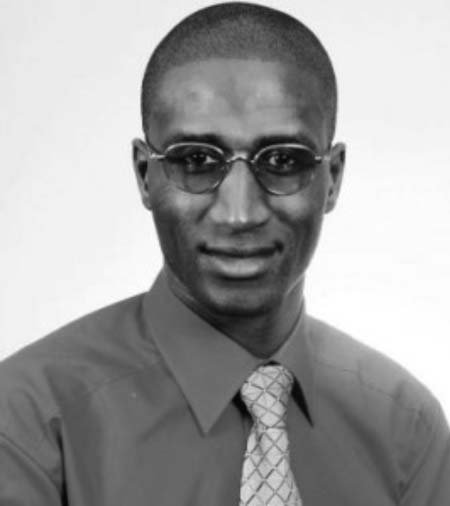 After going through submitted proposals, I am glad to inform all and sundry that I have settled for this design by James Kolawole as the official logo for our Gambian Film Industry, till further notice.

I will be liaising with the National Centre for Arts and Culture (NCAC) and the Gambia Film Producers Association on the modalities of launching it formally.

The logo is open for reproduction through media outlets, DVD covers, film posters, T-shirts and related merchandizing items, artiste pictures and all other legitimate means aimed at popularizing the CINEKAMBIYA brand at home and abroad.

There is no international law or convention that makes it compulsory for every film industry in the world to have the “wood” suffix on its name as with the Hollywood, “Bollywood” “Nollywood” and “Gollywood” bandwagons. We in The Gambia should follow our own unique path while embracing the best practices from across the globe. Hollywood has the star system. The Nigerians have the marketer system. The French and other Europeans have the director system. We in The Gambia are going to have the producer system in our CINEKAMBIYA industry.

I therefore coined the name CINEKAMBIYA for our own film industry to stand out and celebrate our Gambian peculiarities. CINE is a short form of “CINEMA ARTS” and “KAMBIYA” is the traditional Mandinka name of “KAMBIYA BOLONGHO” to also mean “Land of River Gambia.”  Acceptability is not a problem since we Gambians are, for example, using the Mandinka word “Dalasi” to describe our national currency as a good precedence for indigenization.

I would like to thank the Director General of the National Centre for Arts and Culture (NCAC) Baba Ceesay and his staff, notably the Performing Arts Director Sheikh Omar Jallow and Performing Arts Officer Matty Jobe for approving the CINEKAMBIYA name and my related proposals for the development of our national film industry.

My sincere gratitude goes to George F. Gomez and members of inter-ministerial Standing Committee on Beauty Pageants and Production of Movies for considering my draft “Gambia National Film Policy Framework” and “Code of Ethics” for practitioners as working documents for their final guidelines for our audio visual and creative industry that will be tabled before the Minister of Tourism and Culture for highest level approval and integration into our national development blueprint.

Allow me to thank Germany for once again giving me another post graduate scholarship for the academic of 2014/2015. This time for advanced studies in the liberal arts field that will add value to the Gambian creative industry upon my graduation.

Further appreciation goes to all the executives and my fellow members of our Gambia Film Producers Association (GFPA) as well as all practitioners who are cooperating with me in making sure we do not fall into the counterproductive trap of rushing to flood the markets with DVDs without first building the structures for a sustainable industry.

You don’t build a film industry overnight and the examples of those who tried to copy the quickie “nollywood” model should serve as eye-openers. From the days of “Vinasha production”, “Banjul cops”, “mirror boy” and other rushed projects that generated a lot of hype before leading to disappointments, I believe people can now see the dangers of putting the cart before the horse.

This CINEKAMBIYA branding is part of my permanent master plan for the development of our own vibrant Gambia film industry that needs structures and standards.  The National Centre for Arts and Culture (NCAC) can bear me witness that I have slowed down my own film projects to give priority to the structural development of the film industry as whole.

People can produce or act in ten and more different movies but that will remain meaningless until and unless they show tangible benefits and trickle down effects in the overall development of the industry.

So I am putting the structure firsts. More is coming from me, one step a time. Next, I will be unveiling other important structures for the industry as part of the promise for local capacity building package I made to the Permanent Secretary of the Ministry of Tourism and Culture, Momodou Joof, during my audience with him in 2012. 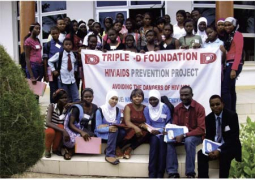