The public relations officer at the Edward Francis Small Teaching Hospital (EFSTH), Momodou Lamin Jammeh, has commended the president and founder of Prospect in Mummy Tummy (PIMT), Sarah Musa, saying her organization is doing extremely well in supporting pregnant women and underprivileged children admitted at various hospitals and clinics across the country.

Born to a Gambian mother and Sierra Leonean father, Sarah Musa, who resides in the United States of America, is still pursuing academic education. And she has endeavoured to contribute immensely from her own resources to supporting less-privileged children in The Gambian at the hospitals across the country.

She is in The Gambia with her parents to give Christmas gifts such as beautiful baskets full of baby clothes and other items, footballs, toys among others, to less-privileged children and pregnant women in the country.

The recent beneficiary of her philanthropic gesture is the Edward Francis Small Teaching Hospital (EFSTH) in Banjul.

Speaking at the presentation held at the EFSTH, PRO Jammeh said: “I am very delighted to receive Sarah and her parents and board members to the hospital to present Christmas gifts to the children who are admitted at the hospital as way of putting smile in their faces.”

He added: “Sarah’s initiative has been very ambitious to help humanity especially the less-privileged children in our society.”

Mr Jammeh said the assistance being rendered by Sarah to Gambian children “is an important milestone in the history of the hospital”.

She is living very far but is spending her resources on the less-privileged at this Christmas time. This is very important and worthy of emulation and commendation,” the hospital PRO said, calling on other people including Gambians to emulate her, so as to put smiles on the faces of people, especially the underprivileged.

PRO Jammeh also spoke extensively about the need for a collective effort for people to support patients at the EFSTH, “which is the only referral hospital in this country that has the highest numbers of patients”.

“We will be more than delighted to have support from other philanthropists to help us as this is the only hospital  that is receiving the highest number of referrals in this country,” Mr Jammeh.

Also speaking, one Mai Fatty, whose child is a beneficiary of the gesture, also commended Sarah Musa and members of her foundation, saying: “This is one way of putting smiles on the faces of children but surely God will reward her for this kind gesture. We are praying for her to continue giving help to humanity.”

She also used the opportunity to thank the donors and her parents for encouraging her daughter to supporting less-privileged children.

The academic staff association with the students union of the Gambia College, as the umbrella body representing all staff and students of the college, has joined dozens of organisations and individuals calling on outgoing President Jammeh to accept the verdict of the Gambian electorate.

The College is the largest academic institution in the Gambia with over seven thousand students and staff.

Our contribution touches every household in this country, the welfare of students and their clientele is paramount to us.

Consequently, we hereby add our voice to all well-meaning individuals and organisations by denouncing the decision taken by the out-going President Yahya Jammeh to reject and annul the results of the December 1st, election in totality.

We vehemently and unconditionally request that the move to reject and annul the voice of the Gambian people been given reconsideration by the out-going president.

Gambians are constitutionally mandated to go to the polls to elect a president every five years, which fell on 1st December, 2016. This mandate was exercised by electorates, voting freely and fairly to choose a leader, resulting in Adama Barrow being declared as the winner by the independent electoral commission.

The out-going president initially conceded defeat. In his conceding telephone conversation with the president-elect featured on GRTS, he stated that “the election was the most rig-free election in the whole world.

However, to the dismay of Gambians and the international community he decided to reject and declare the election as null and void in totality, which is in violation of section 49 of the 1997 constitution.

In view of the above, we hereby add our voice to the following civil society such as the Gambia Bar Association, UTG, GTU and also other regional and international bodies like ECOWAS, AU, UN, OIC and the EU in condemning the incumbent’s move to reject and annul the result.

Henceforth, we urge him to quickly and unconditionally withdraw his annulment statement and facilitate a smooth handing over of executive power to president-elect Barrow come 19th January, 2017 in the name of peace and stability.

We also seize the opportunity to congratulate President-elect Adama Barrow and the Coalition and wish them a smooth and successful transition of power. 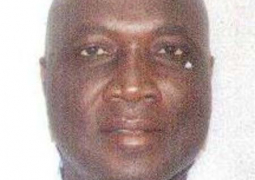 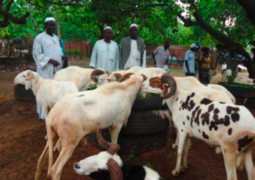