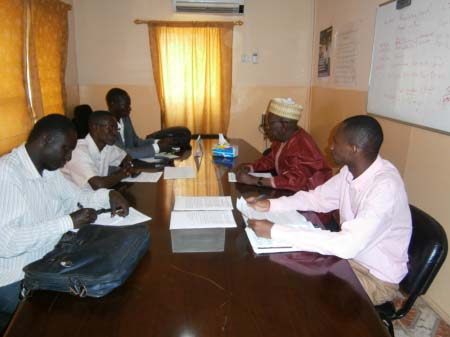 EFANet Education for all in solidarity with its partners and the global community, is commemorating Global Action Week, as part of its advocacy activities to raise awareness on the campaign on Education For All.

Matarr Baldeh, national coordinator of EFANet, told journalists at a press briefing held at the premises of the Gambia Teachers Union that every year EFANet, Africa campaign network on Education for All, holds a Global Action Week to remind world leaders of the promises and commitment to the Dakar Framework for Action in 2000 leading to the Sixth EFA.

He added that in The Gambia, like most low-income countries, children with disabilities are more likely to be out of school than any other group of children.

He said that even if they do attend school they are often more likely to drop out or leave school early.In some cases, having a disability could more than double the chance of a child being in school, compared to their non-disabled peers.

It was therefore unsurprising that many children with disabilities make up the vast majority of those out of school, he said.

The Government of The Gambia was not only aware of this, but was continually making necessary policy environment towards lofty ideas and conventions, he stated.

“This is evident by enacting the Children’s Act 2005, the Women’s Act 2010, and most recently the ratification of the UN convention on the right s of persons with disabilities in July 2013, and there is still room to do more,” he added.

Education is everyone’s business and the schools could not be in place when parents are not sending their children to school, he said.

Siyat Gaye, programme manager of EFANet, also stated that most of the child dropouts are mostly girls and those with disabilities who are marginalised. 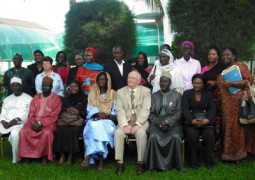