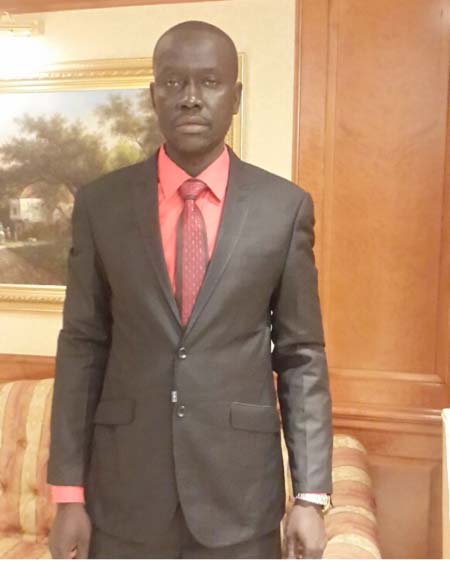 Radville Gambia Limited is to create employment for 1,000 Gambians for harvesting of produce at its out-grower farm within the next weeks, the finance and operations manager of Radville has said.

Sulayman Mboge who is also the coordinator of the out-grower programme made this statement in an interview with The Point newspaper at his office at the Banjul International Airport in Yundum.

He said youth should grab the opportunity at Radville Farm to be employed, adding that about 3,000 people are already employed by the company making it “the best employer in West Coast Region”.

He explained that Radville Farm Gambia Limited was established in 1986 as a company and it started operations in Nemakunku, focusing on only vegetable production.

He said after sometime, they started mango processing but it was not professionally done.

The finance manager of Radville explained that it was in November 2012 when the company started handling mango professionally through a support by the mango out-grower project of the government which ended in 2015.They later started the vegetable out-growers programmes.

Mr Mboge said the basic idea for the mango out-growers programme was for Radville farm to be training primary out growers every year for five years.

The objective of the project is to increase the income base of both the farmers of mango out-growers and the vegetable out growers, create employment, and save extra foreign currency for the country.

The mango out-growers project was funded by the Gambia Growth and Competiveness Project (GGCP) through a World Bank grant to The Gambia government.

According to Mr Mboge, before the introduction of the project, the income of out-growers was D3,000 per annum and the idea was for Radville farm to increase the money by 15 per cent.

“As result of the late start of the project in 2012, we do about D650,000 for the out-growers but when you look at the average income for the first year for the people that we bought the mangoes from, it increased to more than D15,000,” he said.

“Then the second year many people joined the programme, so our membership went up to 143 out grower groups.That year we did about from D650,000 to D2.3 million,” he added.“Then this year, 2015, which is the last year of the project, we have harvested up to D5.7 million.”

The coordinator of the out-grower programme said the mango out grower project is “the most sustainable project” that the government should venture into, as lots of mangoes are wasted during mango season in the country.

He said with the project, Radville will be able to buy the mangoes every year and that will increase the income of the farmers.

“Imagine D6 million shared among 143 members and there are some who received more than D200,000 which is above a normal civil servant salary,” Mr Mboge said.

He explained that for vegetable out-growers, they started with eight farming communities.The project has provided the communities with solar irrigation system.

He said under the project, they have cultivated three hectares at Jambur village and Brufut town, adding that the produce from the farms is expected to be more than that of last year.

The finance and operations manager of Radville said by the end of December 2015, they will start to harvest at the Jambur farm.

He pointed out that next time that the government is doing a project like the out-growers scheme, they should engage the stakeholders to tell them what is possible to be done in the right way.

Mr Mboge said 99 per cent of the out-growers are happy with the project and the government is committed to continue supporting the programme for another 2 to 3 years.

However, he pointed out that they had some challenges at the beginning of the project as “people thought that it was not important as other agricultural projects”.

“The logistical issues and transportation remain challenges,” he said, calling on the government to help them get clearance for crossing the ferry terminal during mango season to make the transportation easier.

He also further explained that lack of packaging materials to export the mangoes remains another issue and taxation is also worrying them.

We condemned abductions of girls in Nigerian