The defence recently made a no-case-to-answer submission in the trial involving Alhagie Jobe, deputy editor-in-chief of the Daily Observer newspaper and one Mbye Bittaye, at the Special Criminal Court in Banjul before Justice Emmanuel Nkea.

He added out that on count 6, which was negligent and reckless driving, none of the witnesses were present except PW2, who did not say anything to support the element of that offence.

According to counsel, during cross-examination, PW2 admitted that the 1st accused was driving normally and not overspeeding.

He argued that the prosecution failed to call the arresting officers, and further submitted that by that failure, going by a section in the Evidence Act, the court could presume that if they came up with their evidence, it may not be favourable to the prosecution.

He referred the court to count 3, which was giving false information to public servant, arguing that of all the four witnesses called by the prosecution, none gave evidence in support of that count, and there was no evidence before the court that the 1st accused gave false information.

Counsel Jah further referred the court to count 1, 2 and 3, which he said are all related, submitting that the evidence given by the witnesses on those counts were all discredited under cross-examination.

More especially the investigating officer, who said they did not investigate the author of the document, adding that they also failed to bring witnesses from the Daily Observer newspaper.

Counsel added that their investigation was inadequate, and that the court could not rely on, since as a deputy editor-in-chief, he could receive unlawful articles from the reporters.

It is also clear that the alleged article dated 19 December 2012 was never published until the time of his arrest, counsel said.

He finally submitted that in all the counts, vital witnesses were not called, adding that Pa Malick Faye, the former MD and Ousainou Dumbuyaa, were all on the run.

The prosecution had failed to prove all the counts, counsel submitted, and he urged the court to acquit and discharge the 1st accused person, Alhage Jobe.

Count one of the charge sheet read that Alhagie Jobe, between 2012 and 2013, at the Daily Observer Company, in the Kanifing Municipality, did an act with seditious intention to wit: published in a purported Daily Observer Newspaper of 19 December 2012, a false story that “Major Lamin Touray on the run for imminent re-arrest and detention and charged in absentia for breach of office ethics and codes by refusing to take orders in the execution of some people” and thereby committed an offence.

Count two stated that Alhagie Jobe, between 2012 and 2013, at the Daily Observer Company, in the Kanifing Municipality, published a seditious publication on a purported Daily Observer Newspaper of 19 December 2012 to wit: that “Major Lamin Touray on the run for imminent re-arrest and detention and charged in absentia for breach of office ethics and codes, by refusing to take orders in the execution of some people”, and thereby committed an offence.

Count three indicated that Alhagie Jobe, between 2012 and 2013, at the Daily Observer Newspaper Company, in the Kanifing Municipality and other various places in The Gambia, without lawful excuse had in possession a seditious publication, and thereby committed an offence.

Count four disclosed that Alhagie Jobe, in February 2013, at the NIA office Banjul, informed a panel of investigation that Assan Sallah, Madikhan Jobarteh and Mariama Danjo are involved in seditious publication, information which he knew to be false and thereby committed an offence.

Count five stated that Mbye Bittaye, some time in February 2013, at the Daily Observer Company, in the Kanifing Municipality and other places in the Gambia, made preparation to do an act with seditious intention to wit: called Assan Salleh of Observer company and asked him to publish a story on the Daily Observer Newspaper for one Samba Njie who is seeking asylum in the U.K., and thereby committed an offence.

Count six indicated that Alhagie Jobe, on 8 February 2013, at Tallinding, in the Kanifing Municipality, rashly and negligently drove a vehicle bearing registration number Observer 2, and thereby committed an offence. 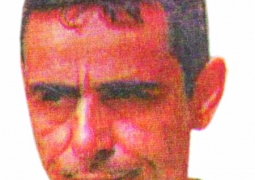