Two goals one each half from Captain Mustapha Jarju ended a two-year drought of home win for The Gambia, and inspired hopes of a revival dream in Gambian football.

The Scorpions had fired a first warning with Momodou Ceesay Zico coming close to opening the scores for what would have been the fastest Gambian goal in history.

The Tanzanians sensed the danger they might come under, and took the business seriously threatening the host with good movements from Amri Kiemba, and near misses of goal mouth traversing balls from Haruna Chanongo.

The Gambian lads though found every reason to salvage the recent decline from misfiring and upgraded their promising outing against Ivory Coast to do the right thing - take all chances to goals.

It was the captain who stepped in to start the Gambian revival, when he scored at the very edge of the second half and resumed the second half with his second of the night. His goals came on the back of a midfield battle revolving around the enigmatic home boy, Sulayman Marreh, and his more experienced partners, while Ken Mansally inspired a robust Gambian defence that kept a clean sheet in the 90 minutes.

The victory marked the end of road for both teams’ campaign in the World Cup qualifiers, but signaled the beginning of a new era for The Gambia, whose new football leaders declared they want to restore confidence in the game.

Played under slight rains that undoubtedly held back most fans from the stadium, the match ended with a visible sigh of relief among officials, and a big scream from fans with a come-back dream. 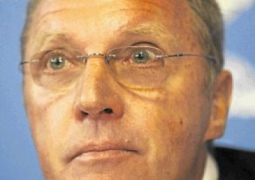 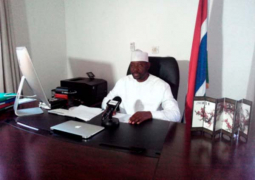