The Economic Community of West African States (ECOWAS) Commission has resolved to reduce the macroeconomic convergence criteria among member states to six, from the initial 11 in order to hasten the actualisation of the single currency project by 2020.

The commission had noted that the 2015 deadline for take-off of the single currency policy in the region was no longer feasible. It had severally adjusted commencement date for the monetary convergence following the inability of Gambia, Ghana, Guinea, Liberia, Nigeria and Sierra Leone to meet the set criteria for integration.

The drive towards the adoption of a single currency regime in the West African sub-region was originally fixed for 2003, but has since been postponed four times largely because of “mixed” progress among member countries in attaining the set criteria.

Speaking recently in Abuja at the opening of the 37th meeting of the technical committee of the West African Monetary Zone (WAMZ), acting director, Multilateral Surveillance, ECOWAS Commission, Dr. Nelson Magbagbeola, who gave an update on the programme announced that the requirements have now been scaled down to six including three primary and three secondary conditions.

According to him, the new primary criteria demand that every member-country’s budget deficit, including grants on commitment basis should not be more than three per cent of Gross Domestic Product (GDP) while the average annual inflation should be single-digit with a long term goal of not more than five per cent by 2019, as well as gross reserves of not less than three months of imports.

He said it was also resolved that for the secondary criteria, the public debt to GDP ratio should not be more than 70 per cent while central bank financing of budget deficit to not be more than 10 per cent of previous year’s tax revenue and that nominal exchange rate variation should be within +/-10 percent.

However, Nigeria is said to be the only country which has so far met all primary convergence criteria.

The ECOWAS leaders further approved the roadmap to the January 1, 2015 take-off date  for the ECOWAS External Common Tariff while members are advised to reduce non tariff barriers (NTBs) to the bearest minimum by reducing and consolidating checkpoints along the international transit corridor. 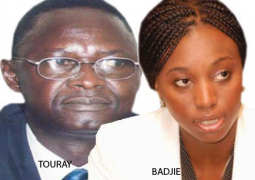