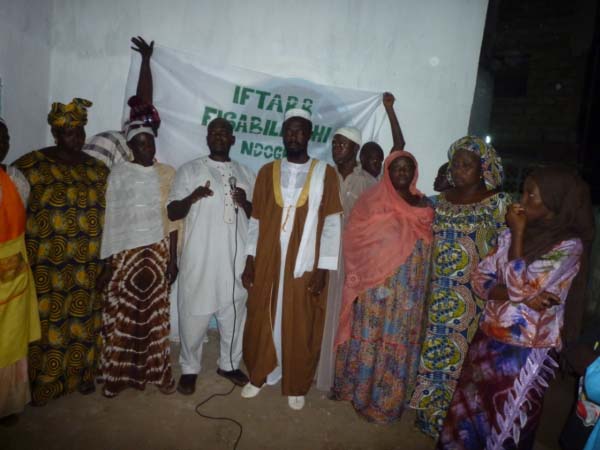 IFTAA is part of the parent body entrusted with the mandate and responsibility to coordinate and facilitate the participation of the youth-folk in Banjul in all aspects of life relating to positive development to contribute immensely to national and their own personal issues.

Imam Dumbuya said organising the breaking of fasting for Muslims during Ramadan is a blessing and the Almighty Allah would always reward people who help Muslims during this month.

Imam Foday Kaba Dumbuya thanked IFTAA for organising the breaking of fast, which they really appreciated and was “big blessing” for the organisers.

He said this was not the first time IFTAA was organising such a gesture as they did it last year.

He also thanked Babou Njie and all his people for sharing with hundreds of people to break their fast.