A two-day trade facilitation dialogue has just been held in The Gambia, under the auspices of the Ministry of Trade and the ECOWAS Commission with support from GIZ Germany Cooperation.

The meeting focused on regional agreement to expedite the movement of goods across borders, as well as to set out measures for effective cooperation between customs and other appropriate authorities on trade facilitation and customs compliance issues.

The Gambia has a great stake in this as other member states do, which is why the all-important regional workshop was held in Banjul.

Regional trade facilitation and customs compliance are pertinent issues to talk about, as they serve a great deal in making or breaking the trade growth and economic development drive in African countries.

In West Africa, for instance, trade between and among member states has been very minimal. While trade among states in regions like Western Europe and North America have a trade rate of between 40 and 60%, sub-Saharan African countries have the lowest trade among themselves in the world, at the rate of 10%, according to West African monetary institutions.

This situation of low trade level among states in West Africa and Africa in general, could be traced to several factors, among them are cumbersome customs procedures and unfavourable procedural and administrative trade regulations that aggravate the cost of doing business in The Gambia to facilitate trade.

Furthermore, factors such as excessive document requirements, trade barriers  revolving around tariff or non-tariff, poor infrastructure, inefficient ports and low capacity, all work together to the detriment of trade facilitation and growth and investments in the region.

We, therefore, need to put in place measures that would efface all these impediments to trade in West Africa.

“The reforms that will accompany the full and effective implementation of the Trade Facilitation Agreement will, no doubt, support trade development through more simplified customs procedures which will improve access to global markets,”   Gambia’s director of trade said.

The Gambia’s effective implementation of the Trade Facilitation Agreement is, therefore, an important aspect to improve national competitiveness, he added.

He also said that over the years, The Gambia had made “significant progress in simplifying procedural requirements for both import and export of goods”.

“We have also seen recent investments by the Gambia Ports Authority all geared towards building capacity to provide trade facilitation services more efficiently and effectively. This has, no doubt, contributed to reducing the cost of doing business in The Gambia.”

The fact, however, remains that West Africa and, by extension, Africa must work in unison to remove obstacles to trade to be able to reduce the cost of moving goods from one place to another and  as well as to attract more lucrative investments in the region.

It is vital to note that implementation of trade facilitation measures can reduce the cost of moving of goods across borders, as well as boost investments, manufacturing and the productive sectors of our economies.

“Regional trade facilitation and customs compliance are essential to our growth and development. ” 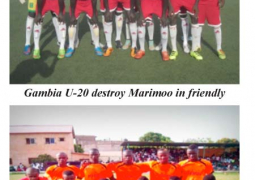 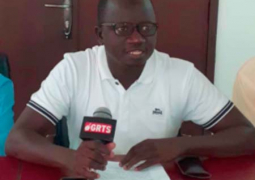