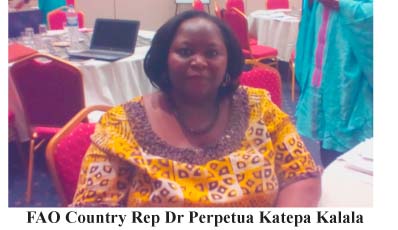 The FAO Country representative in The Gambia, Dr Perpetua Katepa Kalala, has said the Gambia government recognises women’s empowerment as key factor for the attainment of social and economic development.

As a result, a number of measures have so far been taken to mainstream women in the development process.

The FAO official was speaking at a training workshop on gender mainstreaming in agriculture, jointly organised by the Ministry of Women’s Affairs and FAO country office and the regional office for Africa on the theme: “Gender mainstreaming for inclusive agricultural growth”, held at the Kairaba Beach Hotel.

The FAO representative added that the Gambia government had “successfully achieved” empowering women in agricultural production and value chains over the years.

“This is a catalyst for further accelerating inclusive agricultural growth that equally benefits women farmers, food processors, traders and agribusiness owners alongside men and youth in agricultural value chains.”

She spoke of the establishment of the National Women’s Council and Bureau by the Council Act of 1980, consisting of women representatives from all the districts in the country with the Women’s Bureau serving as its executive arm.

“A National Policy for the Advancement of Gambian Women (NPAGW 1999-2009) was formulated and provided a legitimate point of reference for addressing gender inequalities at all levels of government and all stakeholders.”

A review of the NPAGW in 2006, however, came up with a policy shift from women’s development perspective to gender and women empowerment orientation with a rights based approach.

In this regard, she continued, the policy was shortly followed by formulation of a Gender and Women Empowerment Policy 2010-2020, resulting from wide consultative process that spanned national, regional district and community levels.

“Women farmers play a vital role in food production and food security. They account for 70 per cent of agricultural workers, 80 per cent of food producers, those who process basic foodstuffs and they undertake from 60 per cent to 90 per cent of the marketing.”

Notwithstanding, these facts, their access to productive resources and employment opportunities remain limited, holding back their capacity to improve their lives and to better contribute to the economic growth, food security and sustainable development of their communities and countries, “ she further stated.

The FAO official added that understanding and responding to the gender dimensions in agriculture, food security and nutrition is both a challenge and an opportunity for development.

She said there is a growing body of evidence indicating that addressing gender equality and women empowerment in agricultural planning, programming and budgeting could lead to greater food security and improved performance of the agriculture sector and the food value chains.

The Executive Director of Women’s Bureau, Binta Sidibeh, speaking on the occasion, said significant strides had been made over the years in the promotion of gender equality and equity.

The lack of adequate human resource capacity continues to undermine the effective participation of women in the development process as well as efforts to institutionalise effective gender mainstreaming at all levels of society.

She noted that if they are to succeed in their fight for gender equity and equality they should give priority to services building of state and none-state institutions to better provide gender responsive services delivery.

“We would bring about attitudinal changes for sustaining the fight against gender disparities and inequalities, but would also empower women and men to make informed choices and decisions concerning their lives and society in general.” 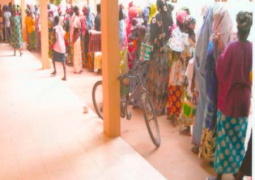