The case continued with the testimony of the third prosecution witness (PW3), Sheriff Bah, who told the court he is a police officer attached to the Brikama Police Station.

“I recognised the accused and I can recall 4 June 2013. We were assigned on a mission on illegal foreign exchange, and we were divided into three groups. The first group went to the GPA ferry terminal in Banjul, the second went to Bambo in Serrekunda, and the third group went to Westfield in Serrekunda,” he said.

The witness told the court he was among the group that went to Westfield, adding that upon their arrival at Westfield beside Standard Chartered Bank, they found two people standing by the highway, and they approached them and asked them what was their mission there and the two people told them they were there to exchange money.

“We identified ourselves to them as police security and we conducted a search on them but nothing was found on them and we proceeded with those people to our vehicle,” he added.

PW3 further adduced that they returned to the said place again where they met with the accused person, Bella Jallow, coming from the mosque for prayers but when they stopped him he started to run away, they chased him and caught him at Westfield.

“We asked him why was he running, and the accused said he was scared because we are security police. We searched him and found D285 and thirty-five thousand CFA on the accused,” he stated.

He said they took him to Kanifing Police Station and later to Banjul Police headquarters, and handed him over to their seniors.

At that juncture, the state counsel applied to tender the said money after it was identified by the witness, and it was admitted as exhibit. 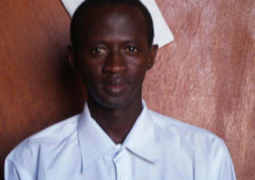