The court heard the testimony of defence witness one (DW1), Ebrima Bah, who told the court that the devices were not working correctly, and Christian suggested that they should go to Gamcel.

He said they all suggested that the 1st accused, Brown, should enquire from Gamcel, adding that he personally contacted Gamcel and made an appointment with one Gamcel staff, but unfortunately he did not attend the meeting personally.

Bah further told the court that Brown told him that the SIM boxes were not suitable to work in this jurisdiction, and he advised Brown to inform the business owner, Gulam Mustapha.

DW1 added that he informed him about the update, and since then he lost contact with the 1st accused, who was linking with the business owner, adding that he told the 1st accused that he could not participate in fixing the devices.

Bah added that after some weeks, the 1st accused called him and informed him that the devices were giving a signal and, according to the 1st accused, he contacted Gamcel, and he was supplied with an ADS.

He stated that he refused to participate in credit buying, but when he went to Gamcel to buy credit, he was apprehended by an NIA officer, and was taken to the office of the DG, Gamcel.

He added that Brown has jumped bail. 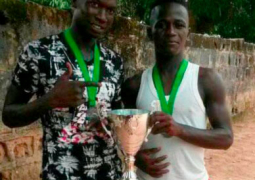