The Boxing Gala which was organised by the interim committee of the Gambia Amateur Boxing Association witnessed a massive turn-out from fans who came out in their large numbers to support their boxing stars which was held at the Semega Janneh Hall at the Serrekunda East Mini-Stadium.

This Boxing Gala is the second assignment of the interim committee of the Gambia Amatear Boxing Association which was followed by another spectacular boxing trial where 4 boxers emerged victorious.

The 11 boxers that recently passed the Boxing Gala according to the President of the Boxing Association, Tamsir Sarr, will take place in the forthcoming July 22nd activities where the association is expected to select the most outstanding boxers that will represent the boxing association at the international boxing championship. 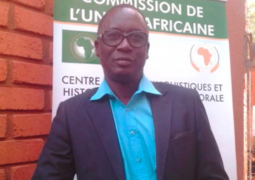 In Homosexual’s case - witnesses to be heard in camera