Mali’s first case of Ebola: the two-year-old girl died on Friday in Kaye, 600km from the capital.

WHO to send seven Ebola experts to Mali as 43 people remain under monitoring for the virus.

Malian President Ibrahima Boubakar Keita over the weekend appealed to his compatriots to be calm, and reassured them of the government’s readiness to protect its citizens against Ebola. He further said he would not close borders between Mali and Guinea because of family ties.

EU leaders on Friday agreed to double the Ebola budget to US$1.3 billion.

Ebola vaccine trials to begin in affected countries as early as December 2014.

Hundreds of thousands of vaccination doses will be sent to Ebola-hit countries, said WHO.

Two American nurses – Nina Pham and Amba Winson, working at Texas hospital and reported to have contracted the Ebola virus - were among those who treated the Liberian patient who travelled to and died in America of Ebola. However, the two nurses have been cured, said US hospital sources.

New York authorities have reinforced checking for any possible spread of the Ebola virus after Dr Caraig Spencer, a 33-year-old who was in Guinea, contracted the virus, and is currently hospitalised in New York. Three of his friends including his fiancée, who had contact with him, are all now quarantined, said medical doctors.

J and J – GSK is ready to collaborate on Ebola vaccine.

AU on Friday announced it would send one thousand health workers, equipment and medicines to Ebola-affected countries. This was announced by the AU Chairperson, Mrs Nkosazana Dlamini Zuma, who is currently touring Ebola-hit countries.

Ethiopia over the weekend announced it would send 200 medical doctors and nurses to Ebola-hit countries.

Governors of New York and New Jersey have applied measures to ensure all those from Ebola-hit countries coming to the US be quarantined for 21 days before getting to their final residences or destinations in the US.

Mauritanian has closed its border with Mali over Ebola fears.

The Ivorian health authorities are searching for a Guinean traditional healer from Zerekore who entered Ivory Coast illegally. He used to attend to or treat Ebola patients in his town of Zerekore.He has been asked to report to the nearest Ivorian health centre.

France has assisted Guinea with US$40 million to fight Ebola 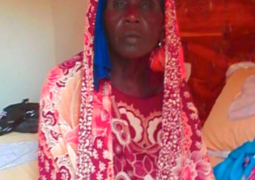