Nigeria and Senegal, both affected by the worst ever Ebola outbreak are managing to stop the spread of the disease, according to the World Health Organisation.

“On the whole, the outbreaks in Senegal and Nigeria are pretty much contained,” a WHO statement said. There were no new deaths in Guinea, four in Sierra Leone and 39 in Liberia.

A three-day curfew aimed at containing the Ebola outbreak in Sierra Leone has been declared a success by authorities.

The wide-ranging curfew ended at midnight on Sunday (GMT) and will not be extended, authorities said.

Authorities said it was successful 150 cases recorded for the virus and 70 dead bodies buried.

Eight people were killed in Nzerekore Guniea among them two journalists, deputy governor and five health workers they were sensitizing people on Ebola, but citizens of Nzerekore said Ebola does not exist.

They will continue to eat bush meat.

Ten suspects are currently detained by the police following the killing ofthe 8 people.

Spain has deployed a military plane to Sierra Leone to repatriate a Spanish Catholic priest working in the African country who has tested positive for the Ebola virus, the government said.

Spain’s health ministry said in a statement that Manuel Garcia Viejo, a member of the Hospital Order of San Juan de Dios, worked in the Western city of Lunsar.

He is the second Spanish priest to be diagnosed with Ebola after Miguel Pajares, also a member of San Juan de Dios, who died last month after being brought back to Spain from Liberia. 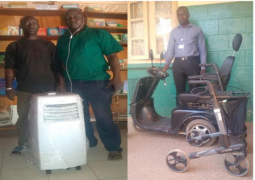 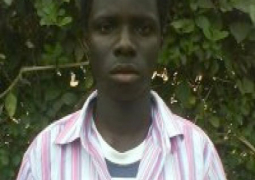 In memory of the victims of tyranny