The first phase of the countrywide international polio immunization campaign has just come to an end, with another to kick-start in October this year. The target has been under-five children.

The first round of the campaign ended yesterday and the second is expected to start on 31 October through 3 November 2014, with a total target coverage of 416,740 children.

The facilitators of this exercise must be commended, as it is geared toward keeping our children healthy, safe and protected from poliomyelitis, a highly contagious viral infection that can lead to paralysis, breathing problems, or even death.

Just like HIV, Ebola and many other diseases, polio victims tend to be some of the most vulnerable members of the population.

These include the very young, pregnant women, and those with immune systems that are substantially weakened by other medical conditions.

According to Peter Crosta, author of many pieces on viral diseases such as polio, anyone who has not been immunized against polio is especially susceptible to contracting the infection.

He says: “Additional risk factors for polio include traveling to places where polio is endemic or widespread, living with someone infected with polio, working in a laboratory where live poliovirus is kept, and having your tonsils removed.”

So having the opportunity to immunize our young is considered as protecting the future of our country and ensuring wealth for the nation, as health is wealth.

The Gambia is known as one of the leading countries that have registered impressive results in polio eradication.

Facts are that in 2013 The Gambia made tremendous progress under the polio eradication initiative of the national Extended Programme on Immunization (EPI) with a nationwide coverage of above 95%.

The EPI programme is to reduce childhood morbidity and mortality from vaccine preventable diseases.

According to our own minister of Health, the EPI is immunizing routinely against eleven diseases which include tuberculosis, diphtheria, tetanus, measles, yellow fever, hepatitis B, and haemophilus influenza type b, pneumococcal diseases, Rota and poliomyelitis.

A nation’s greatest assets is its children, hence we must continue to see them healthy and lively for a productive future.

We would, therefore, like to encourage the sponsors and facilitators such as the Rotary Club of Fajara, the Health Ministry, World Health Organisation (WHO) and UNICEF to continue the humanitarian service of caring for our young in order to maintain a healthy and prosperous nation. 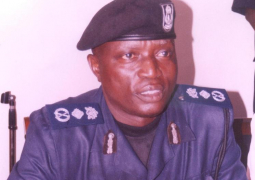