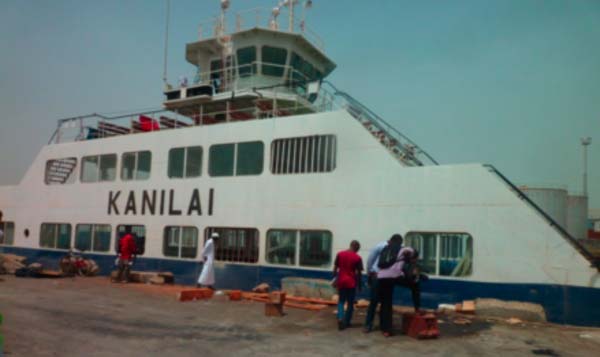 The management of the Gambia Ports Authority (GPA) on Friday re-launched the Kanilai ferry, after it has undergone about three months of rigorous maintenance.

The ferry is now said to be ready for operations from Banjul to Barra.

In his official statement at the re-launching, GPA Managing Director Lamin Sanyang said he was delighted to preside over the historic event after the successful rehabilitation of the Kanilai ferry and its subsequent redeployment, to provide much-needed service at the Banjul-Barra crossing point.

All the ferries are undergoing major rehabilitation to improve their technical capability, he said, adding that Johe ferry had been successfully repaired and redeployed for service since April 2014 and the next has been the Kanilai ferry.

Going forward, he continued, the other provincial ferries such as Soma and Farafenni plying along the Trans -Gambia route will be withdrawn and subjected to the same repairs.

According to MD Sanyang, the estimated cost of all of the ferry rehabilitation projects, which goes in tandem with the upgrading of the Banjul Shipyard, is more than six million euros.

He added that the rehabilitation of the Kanilai ferry, like that of Johe and the other ferries, included the installation of new engines, steering, propulsion and electrical systems, carried out at the Banjul Shipyard Company Ltd.

“The exercise goes to demonstrate the commitment of government and the GPA to utilizing local resources and expertise to achieve this major milestone, and the implementation of planned and sustainable preventive maintenance to prolong the usefulness of the ferries and enhance reliability in service delivery.”

The GPA had been receiving unalloyed support from the government in its development and capacity building projects, and will continue to rely on this support now and in the future, Sanyang went on.

“We are equally continuing to rely on His Excellency the President’s esteemed consideration and mission for the advancement of the port in a bid to make the GPA a center of excellence and a hub for regional distribution in the ECOWAS region, in particular, and Africa, in general.”

The GPA managing director also commended their partners in government, and “the dedicated team of staff at the GPA, who participated immeasurably toward the realization of the project.”

He further assured the travelling public at large, of their commitment to continue providing safe and reliable ferry services in “our collective resolve to contribute toward His Excellency the President’s development agenda to transform The Gambia into a modern and thriving city-state.”

Speaking at the commissioning of the ferry, the chairman of the GPA board of directors, Mustapha Colley, applauded the deployment of Kanilai ferry back to normal service, “after it had undergone extensive repairs to get it more efficient to provide safe services.”

“Safety is very paramount, which is one of the priorities of the GPA,” he said, adding that they are working seriously on making sure GPA maintains safe, efficient and durable ferries.

Mr Colley expressed happiness that the work had been successfully done, adding: “On behalf of the board of directors we would like to thank the GPA management, particularly the engineering company, for a job-well-done.

Colley said after the re-launching, people would enjoy the use of the ferry, but was quick to advise users to refrain from abusing it so the ferry could last longer.

Lamin Jawara, acting-Director of Technical Services, who gave a brief statement on how the ferry repairs was undertaken, said the work was a serious challenge for the GPA, but “thank God we are here to celebrate it.”