Magistrate Kayode, the Chairman of the industrial tribunal at Kanifing has delivered judgment against Sheraton Hotel for the wrongful termination of an employee's services.

The tribunal on 22nd April 2010 entered a judgment in favour of Bakary Bojang, the plaintiff, who took Sheraton Hotel to the tribunal for wrongful dismissal.

The particulars of the claim stated that the plaintiff was at this material time an employee of the defendant.

The plaintiff claimed that by a letter, dated 1st November, 2008, he received from the Director of Human Resources, his fixed employment contract with effect from 1st November, 2009, for a period of 12 mouths.

The plaintiff further claimed that the former General Manager of the hotel, whose name is Jennifer Buhr, awarded him a letter of appreciation.

The particulars of the claim went to state that on 5th May 2008, the defendant's Human Resources Director, in the person of Mr. Modou Sise, in a bid to attract efficient and competent staff, wrote the plaintiff a recommendation letter.

The plaintiff further revealed in his claim that by a letter, dated 14th April, 2009, the hotel confirmed the termination of his fixed contract of one year with immediate effect.

The plaintiff went further to state in his claim that he had never been a subject of any disciplinary action or police action or suspension from work authorised by the defendant.

The particulars of the claim also revealed that the defendant, in breach of the said service rules and the provisions of the Labour laws of The Gambia, dismissed the plaintiff.

The plaintiff claimed that the defendant, in breach of the principal of natural justice, did not accord the plaintiff any hearing prior to his dismissal, nor was he informed of the reason for his dismissal.

Power belongs to the people! 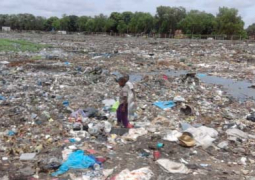