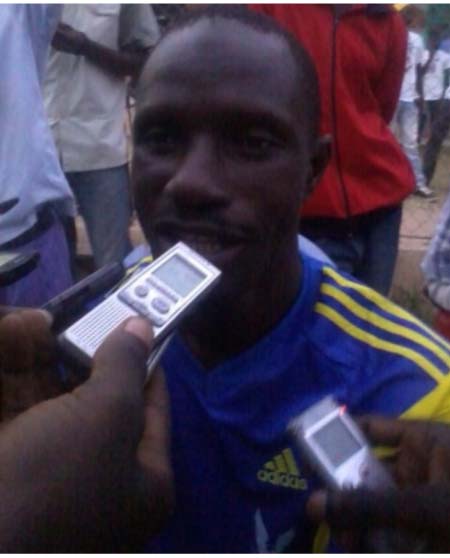 Adama Jatta, Serrekunda East zonal team coach, has confirmed to reporters that he will resign now that he has guided Serrekunda East to lift the 2014 Premier Games-sponsored Super Nawetan championship trophy.

Speaking to reporters on Sunday at the Serrekunda East Mini Stadium following his side’s 5-4 penalties shoot-out win over Bakau in the Super Nawetan finals, Adu Boy who earlier hinted at resigning, confirmed, “Yes, of course, I will resign because I have to give chance to others as I’m not the only coach in this zone.”

He went on to confirm that he will even give his nawetan team to someone else.

“Definitely, I should give chance to others, but will be 100 percent behind zone”, he declared, before dedicating Super Nawetan trophy to the East team manager and technicians.

He said he felt proud guiding the team to lift the trophy, but gave the credit to his players “who did wonders during the championship.”

“We are second to none and, obviously, have to lift the trophy because we do not know anything other than coming first”, he claimed, adding that he had trust in his players and knew their capability.

Proper motivation from the team manager, Major Musa Manneh, is the reason behind their success, he went on, and also thanked critics who said without the technicians, they will not make it.

He also commended his goalkeeper, adding that “goalkeeping is not about height, but all about concentration, commitment, agility, worth, movement and flexibility, and he has all those qualities.”

Re: LIVE UP TO THE TITLE "HONOURABLE"