Speaking to Pointsports, Baboucarr Sohna, Public Relations Officer (PRO) for Serrekunda East Sports Development Organisation, on Sunday at the East Park, said the reason for increasing the teams from 24 to 32 is because Serrekunda East is a big zone and the number of teams coming for the qualifiers increases every year.

He added that they want to also give teams and players a chance to showcase their talents but urges teams taking part in the qualifiers to be disciplined.

Sohna also called on teams to accept defeat, and appealed to fans to come out in their large numbers to cheer up their teams.

He said they would not hesitate to ban teams that misbehave, saying the stick is always there for them.

“We will ban teams that misbehave for years so that their names will not even be heard again,” he remarked.

The four teams - Bradford FC, Juventus FC, Falcons FC and Shop Bi FC - that got relegated last season will automatically be filled in to the Nawetan proper, he disclosed.

PRO Sohna also added that the registration fee per team for the qualifiers this year is pegged at D3,000.

T. Bilbao are now through to the next stage of the qualifiers. 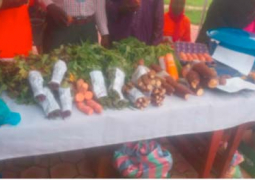