Philippe Duterloo and Erik Berning, who are working at the United Nations World Food Programme (WFP), have committed to supporting the 2010 annual international Brufut Marathon Run billed for December 18.

The WFP pair is currently collecting donations in the duo’s home country, the Netherlands, to sponsor the marathon themed ‘Run Against Hunger’. However, their international network has already reached donors in Germany, England, Switzerland, South Africa and even Singapore.

The funds will be used to buy bags of rice, peas and salt, and cans of cooking oil – the traditional food basket provided by the WFP around the world to feed the needy – which in turn will be donated to the BMRA (Brufut Marathon Run Association), who will then raffle off the different food baskets to the participants.

According to Philippe and Erik: “The TNT Global Experience Programme has offered us the unique opportunity to work for the world’s largest humanitarian agency, the United Nations World Food Programme (WFP), whilst living in The Gambia, West-Africa.

“Working for an organisation that delivers food and relief to the needy in a country that ranks 151st out of 169 on the UNDP Human Development Index is no easy task. Being confronted by this on a daily basis, during and after working hours, intrinsically generates the motivation and passion of alleviating the suffering of the less fortunate in The Gambia. This passion was the driving force behind our idea to ‘give something back’ to the community whilst raising awareness and advocacy for the WFP and the global fight against hunger. After all, there are still one billion too many people suffering from chronic hunger!”

So the two Dutchmen were wondering what to ‘give back’. The thought of mobilizing resources against hunger by means of actively participating in a marathon seemed like a good idea. They are both passionate runners and often train with the locals on the beach. In the BMRA, they have found a good partner, who also strongly believes in the role sport can play in alleviating poverty and facilitating socio-economic development.

This year’s theme ‘Run against Hunger’, has given Philippe and Erik the unique opportunity of joining forces in a partnership with the BMRA, to organise and fund the marathon.

Another side attraction is a cycling race of 42 kilometres starting from the Traffic Light at the Kairaba Avenue to Brikama, Sanyang and finally to Brufut.

DELIVERANCE HE AFFORDS TO ALL..Part 5 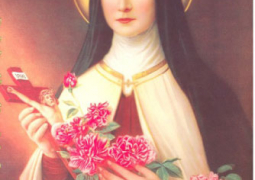