The criminal trial involving Muhammed Camara and Omie Jatta continued recently at the Kanifing Magistrates’ Court before Magistrate Tabally, with the testimony of the second prosecution witness, one CPL 131 Tayib Faal, a detective police officer.

The duo were arraigned on charges of defrauding, stealing and making or having in their possession papers or implement for forgery.

Testifying, PW2 Faal told the court that he recognised the accused persons, and could recall what happened on 24th August 2010.

According to the witness, on the day in question he received a call from one Ebrima Bah, the complainant, that he had a problem at Tippa Garage and needed police help.

He said he asked the complainant what the problem was, and was told that somebody had asked him to bring $8000, adding that when the complainant narrated everything to him, he then informed his senior officer.

PW2 added that he was accompanied by one police officer to meet the complainant at Tippa Garage, who led them to the residence of the 2nd accused, Oumie Jatta, where they found the 1st accused, Muhammed Camara.

Detective Faal further testified that they asked the first accused for the whereabouts of one Omar Kanteh, who went with the D$8000, but he said Omar Kanteh was nowhere to be found.

"We then conducted a search in the house, but nothing was found, and the second accused told us that the 1st accused went to Bakoteh Police Station," he added.

He said the 1st accused was later escorted to Serekunda Police Station, where he surrendered black papers and the matter was later reported to police headquarters in Banjul.

The case was adjourned 20th October 2010 for continuation. 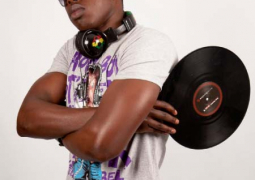 Dr Shaka in town, poise to promote next album